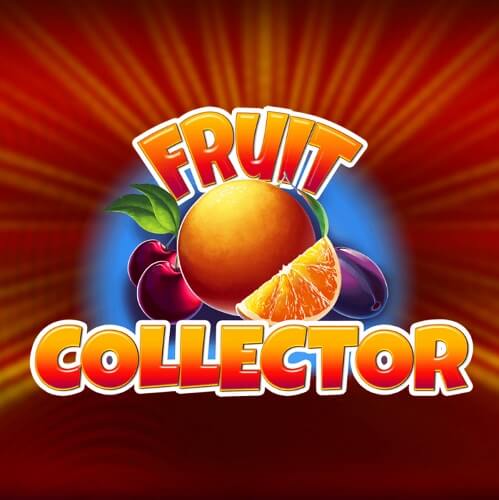 For a modern take on the traditional fruit slot, Fruit Collector is an interesting and fun way to spin your time away. With all of the fruit symbols that you would expect to see, all of the classics are involved such as the cherry, lemon, and plum.

Gaining its name from the fruits used during play and the Cash Collector opportunity available to all players, this is one of the latest games released by Inspired Gaming. The potential wins may not appear big on the first inspection but once you learn that there is the opportunity to triple your winnings, the jackpot in Fruit Collector will soon seem much more appealing.

The colours used within this game are highly enticing and you will easily get drawn into playing this free slots casino game on Thor Slots. There are many different bonus features for you to try and trigger as you play and the glowing gold G is certainly a symbol you should try and find along the way.  But what exactly will this special symbol award you with in return?

Inspired Gaming has a wide reputation in the gaming, gambling, and betting world and are highly thought of as developers worldwide.

They have an extensive portfolio behind them and their games are available to be played both online and in land-based methods such as gaming machines, including those of pubs and betting shops.  Developing and providing online games for over 100 different websites, Inspired Gaming is currently one of the largest affiliated game developers.

Join Thor mobile slots casino, as it is the best place to try Inspired Gaming Slots; we have all of them, which can be played on any device you like. The most popular games include:

Released by Inspired Gaming in January 2020, Fruit Collector slot game is filled with bright colours, fruit symbols commonly associated with the stereotypical, traditional fruit machine, and has many ways in which bonus features can be activated.

Though the variance level is unknown, the RTP of this slot game is 95.9% and bets can be placed from as little as 10p up to £60 per spin of the reel. Seemingly, the maximum available jackpot at first glance looks to be fairly reserved at £3650, but when players learn that this figure can be tripled through the use of the Cash Collector bonus feature, instantly, the win potential is much more appealing.

In terms of gameplay, Fruit Collector is a five reel, 10 payline slot that can be played on all sorts of devices, including mobile, tablet and desktop. This means that the ease and convenience of being able to play fruity free slots games like this are high because you can literally take it anywhere with you and play as you go. 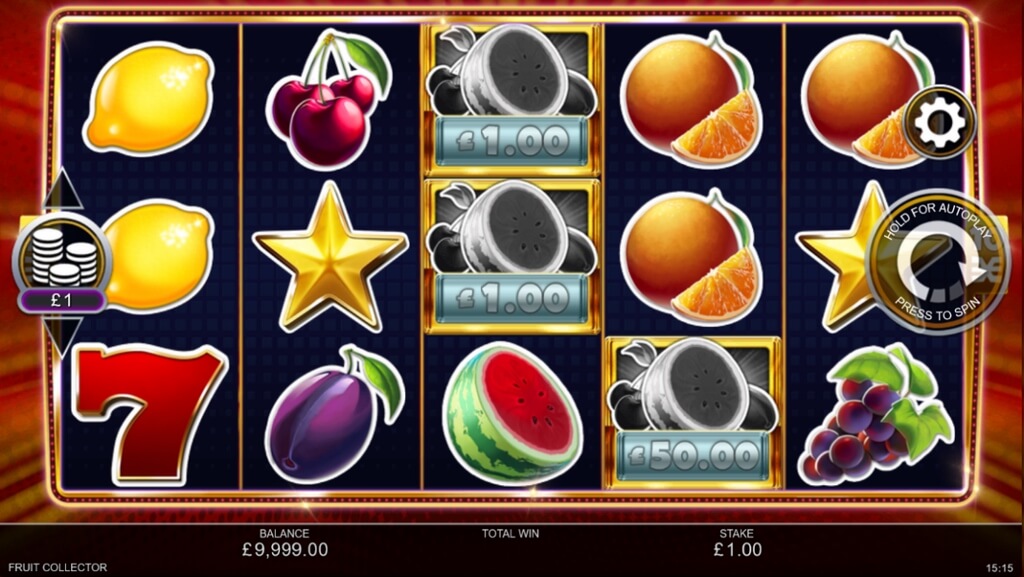 There are multiple bonus features available for you to activate during your time playing Fruit Collector, but there are two which are much more advantageous.We urge you to try and activate these two as often as possible to increase your winnings drastically.

Land as many of these as you can on the Fruit Collector game grid, and see if you can land a glowing G as well because you will then be able to activate so much more than just a multiplier.

When you have got a minimum of six Cash Collector Symbols and a glowing gold G, all of these symbols will lock into position and you will be rewarded with five Fruit Collector free spins.

It is a rather complicated bonus game, but Fruit Collector free spins can really reward you massively.

The slot game, Fruit Collector, initially appears as just as any fruit orientated slots game would. But it is the bonus features which really make this game stand out from the other fruit games on the market. With the Cash Collector symbols and the gold G symbols for you to collect as you play, you can make a serious impact on your gameplay, enjoyment, and your winnings.

When comparing this slot to others, many players would instantly take a look at the available jackpot and rule it out because the Fruit Collector jackpot seems so low. But actually, the jackpot in this game is ever-changing because you are able to triple your winnings as you play. The information regarding this initial jackpot total does seem rather misleading, but on closer inspection, the average wins do seem a great bigger than you would be led to believe.

This is a fun combination of traditional slot and modern bonus features which shows us that Inspired Gaming has found a clever way to keep the balance between old and new. Fruit Collector is not a complicated game but is definitely a slot which anyone can enjoy playing and will want to return back to time and time again.

For a different theme but similar gameplay, here's another slot game players must give a try - Fishin Frenzy.