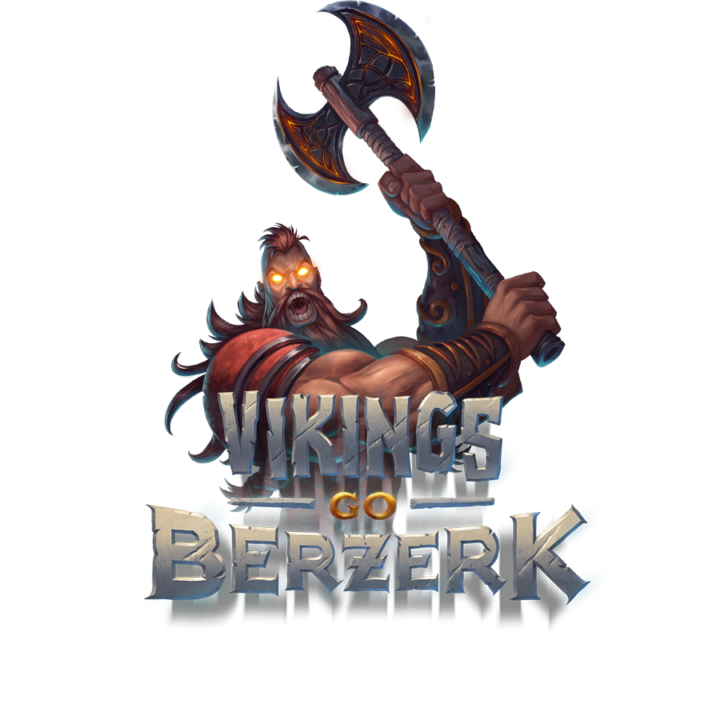 Lose yourself to the chaos, become the viking you always knew you’d become in the best free online slots site! Vikings go Berzerk is our top 1 pick on Thor Slots, so if you deposit £10, you can win up to 500 free spins on Vikings go Berzerk. Read our full review below and play today!

After releasing all the way back in November of 2016, Vikings Go Berzerk has ran rampant for the past year and a bit, tearing apart the competition as one of the most popular slots going in 2021 still! This would not be true without the passion from the title's developer: Yggdrasil Gaming, who have proven time and time again as to why they are one of the most trustworthy online developers going.

Vikings go Berzerk is a 5 reel slot, played over 4 rows and 25 pay-lines: a very traditional lay-out for a slot that you wouldn't believe enjoyed playing to the rules of others. This is a very visually pleasing 3D game, one that boasts an impressive RTP of 96.1%, which compared to that of its peers is quite the difference.

There are a lot of additional features for players to try to win in Vikings go Berzerk slots, all turn standard gameplay into a free-for-all frenzy. There is a grand total of around £500,000 on offer here for players putting the most down for each spin, a very large sum indeed. Once you have played one spin of this casino slot games, you will be hooked, that’s a Yggdrasil Gaming promise.

Vikings Go Berzerk can be played on a variety of different operating systems, showing no bias to any particular player; everyone is welcome in this land. If you are still conflicted on whether or not Vikings Go Berzerk is the right slot for you, then might we suggest checking out the rest of our written review below!

Many slots that tend to have wacky/eccentric titles tend to only do this to be eye-catching, and the slots themselves are as dull as Nordic dishwater. We can happily report that this is not the case with Vikings Go Berzerk video slot. We’ve never came across a slot like it before.

The gameplay hits so hard and heavy that it feels like putting your fist through a wall whilst simultaneously head-banging to some really heavy music (don’t do this, it’s just an analogy).

If there are players out there that are looking for the complete opposite in what many slots out there are doing, then they should play Vikings Go Berzerk; Yggdrasil Gaming should take a bow every time someone mentions vikings for this creation! 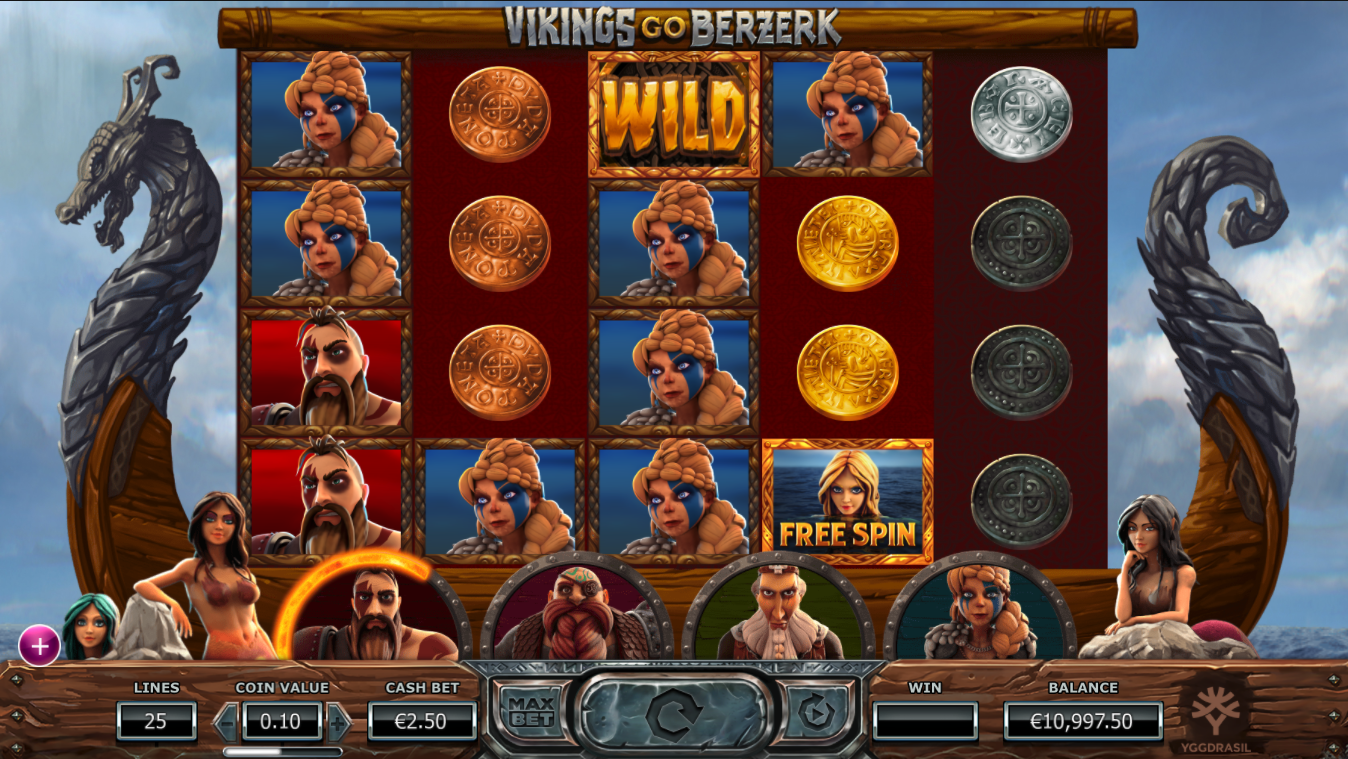 Before Vikings Go Berzerk slot even begins, players are shown an intro into the world of this slot. It is a very well-done video that introduces us to these characters and this world perfectly. Most developers tend to avoid videos as they often cost a little bit of money to create, but it looks like Yggdrasil didn’t get the memo.

Vikings Go Berzerk slot that is available in various languages, making it very accessible for a variety of different players out there. This video slot takes place on a viking ship, a ship that is chocked full of various symbols and colours, all of which represent a different character from the story. Each symbol is very well crafted, and looks incredibly stylised, perfect for this slot and the story that it carries with each and every spin.

Each of these symbols in Vikings Go Berzerk game feature something different in terms of numbers, with the more of these symbols you match the more you will earn. This slot can feel like it moves to the sound of its own drum at times, and this is down solely to the way that it takes traditional features and makes them its own.

We will get to these Vikings Go Berzerk free bonus and spins features in a second, but it’s worth noting that they can often appear relatively quickly, which can overwhelm new players; but once you learn how to ride this wave, you will have mastered the art of victory. The colours of this slot are also a highlight, where drawn out colours are used to help showcase a specific time period.

For some reason the designs and colours remind us of Shrek, but hey you might think they look like something different and that’s fair too. Are you ready? Then, Thor's pay by mobile casino is probably the best option to play this game now for free! Credit £30 to your phone bill and play with 500 free spins and £30 cash for free. 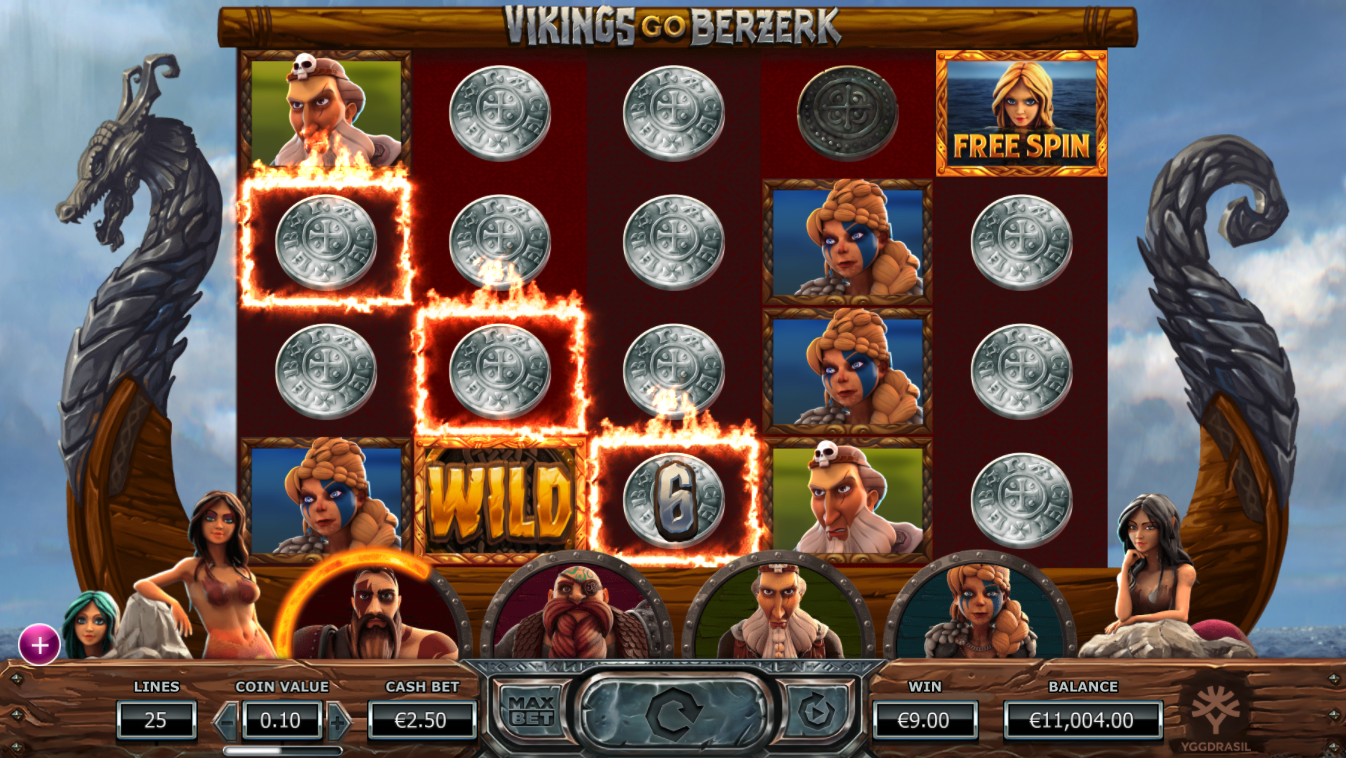 As we’ve already stated above, the additional features here are very well done, and alter gameplay in a very distinct way that is perfect for the theme and time period of Vikings Go Berzerk slot.

Vikings Go berzerk is unique due to the above amazing bonuses, but as a slot it has a very rewarding base game too; a different, but interestint take into this theme is offered by the Tiki Vikings slot. 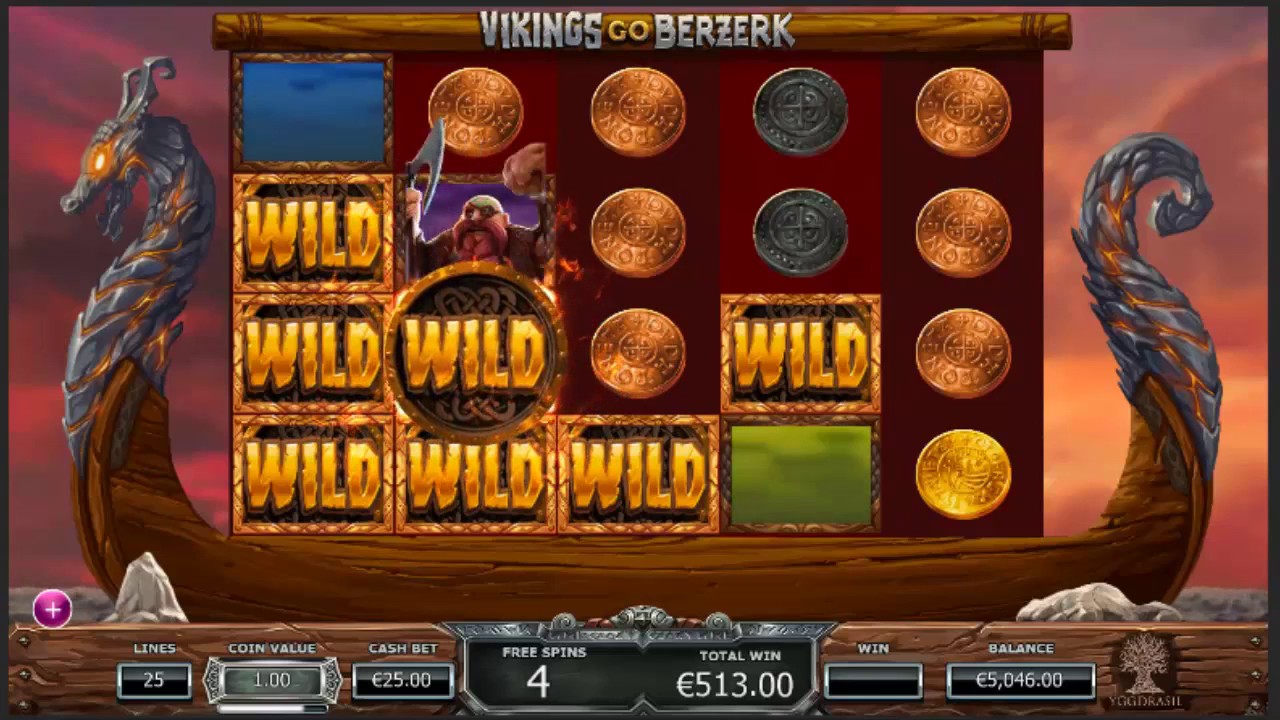 There’s not a lot we can say about Vikings go Berzerk online that we haven’t already said, it’s epic and it should be played a lot; especially if you happen to be someone that enjoys very well crafted slots that have a story element running throughout. Check out Vikings Go Berzerk today or other popular slots, like Gonzo's Quest - only on Thor Slots. 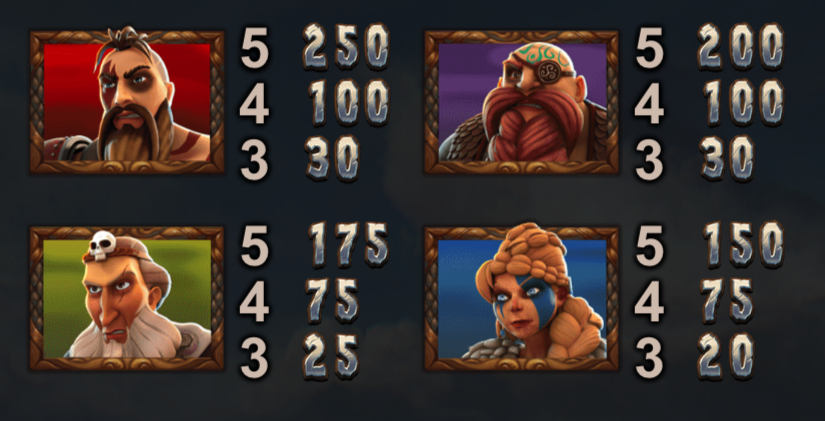 Other Yggdrasil Slot Games to Play

Yggdrasil Gaming are a Malta based online dev team and the pioneers behind Vikings go Berzerk slot game. After opening their doors in 2013 these guys have gone on to find success in almost every slot they have produced. If there’s one thing that their slots offer, it’s lasting power.

We themed our site based on popular creations from Yggdrasil, so we don't only offer Vikings go Berzerk from this genre of titles. Here, you can also play any of the below Viking Slots free: