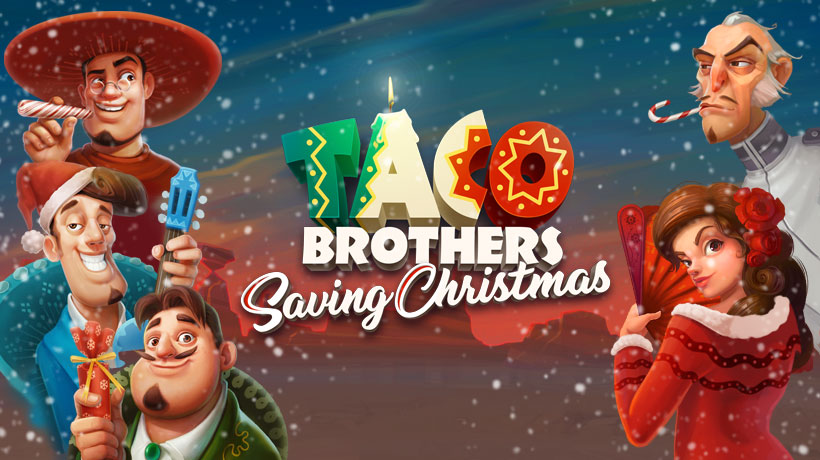 Taco Brothers Saving Christmas is a casino slot game with 5 reels and 243 winning ways from the stables of ELK Studios. This casino pay by mobile slot is an interesting one based on the real Taco Brothers game, it features a Christmas theme and has a high variance.

Taco Brothers Saving Christmas benefits from a respin feature called the Taco Brothers Respin where you are given a 2nd chance to trigger the essential Wild Escape Bonus feature. These and many more freebies abound in this online slot. You can try this game in a freeslots casino like Thor slots.

Elk studio is one of the most famous casino slot games developers in the world of online gambling. This developer is a proud winner of several awards, and the company's focus is on the development of slots games, which are always optimized for mobile play. The slots by this developer have graphics that are aesthetically pleasing with clear interfaces.

You can easily see their passion for art, and also their love of maths, in the refinement, development and verification of the game models. Introducing some unique features which will set it apart from some other game providers. This developer has made a huge impact on the online gaming community.

Other games by slot developer Elk Studios include:

You can play casino slots by this developer on Thor slots 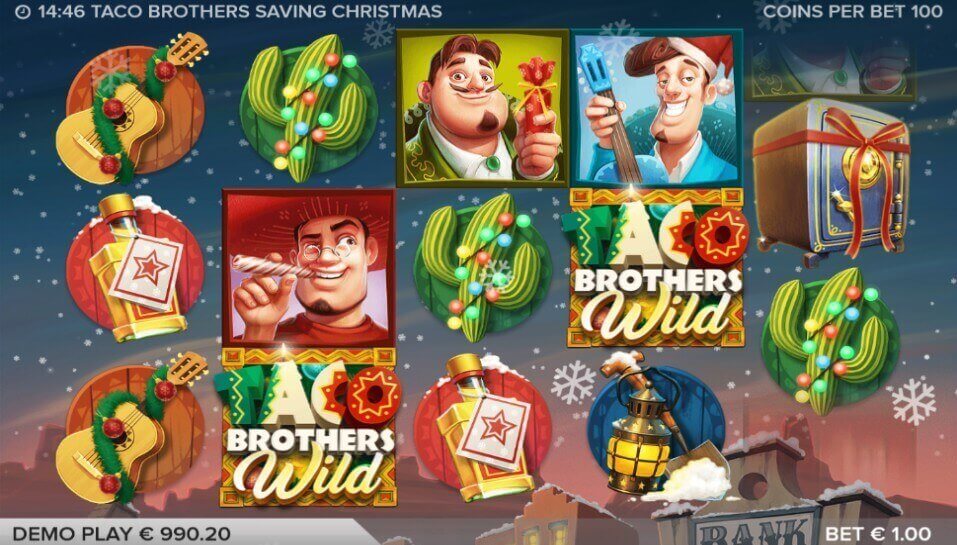 Taco Brothers slots have been given a lovely Christmas makeover where snow falls gradually over sunny Santa Maria in Mexico. The scenery transforms the setting into a cool and peaceful winter village. This is a Christmas game that features brothers Paso, Pico and Pepe who is set for the festivities and tries to save as many tacos as they can from the evil Captain Diaz.

Aesthetically, the game has a Christmas theme and is set at night time and has a winter feel. The featured symbols stay the same as punters will see spades, guitars, cacti, bottles of tequila and mining lamps all with a happy and festive spin.

The 3 brothers (Pepe, Paso and Pico) also show up with Paso giving punters 400 coins if they manage to get at least 5 on a payline. There is a gold bell, which is designed with holly, and it serves as the wild symbol that replaces all other symbols except the re-spin and bonus symbols.

Be on the lookout for the Taco Brothers Wild symbol which only appears on the 2nd and 4th reels. When they both show up on the same spin, punters will trigger the highly rewarding Taco Brothers Respin feature.

This gives the player a free re-spin which is like another chance to get 3 safe symbols that will trigger the game's Wild Escape Bonus feature. 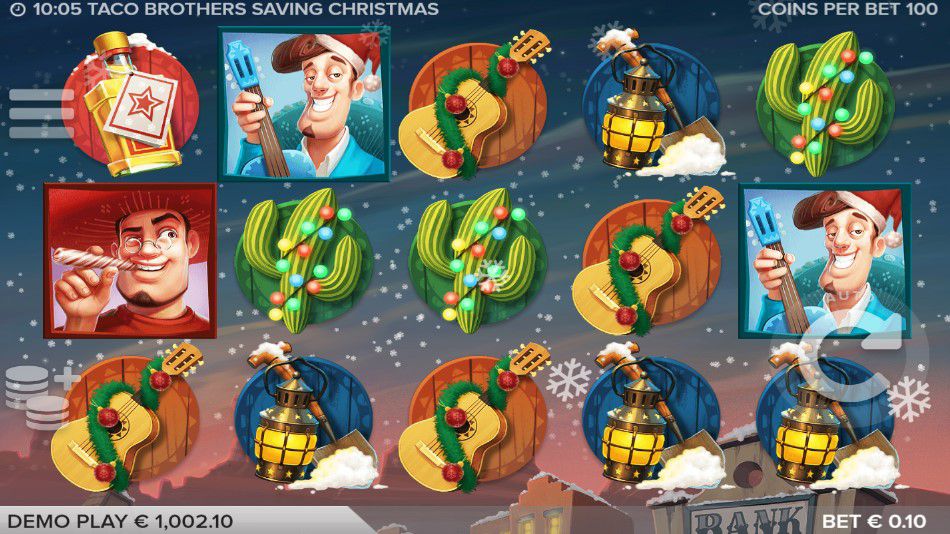 Wild Escape Bonus: Punters can play the game's Wild Escape Bonus feature when they see the safe symbol simultaneously on the 1st, 3rd and 5th reels. A bomb will then explode and reveal the multiplier that will be used for this feature – it will be a 1x, 2x or 3x multiplier. Punters will then see Captain Diaz, the 3 brothers, and the Señorita on a new set of reels.

There's the Señorita, who is Captain Diaz's daughter, and she will release the trapped brother. A punter will keep getting free spins until all of the 3 brothers have been captured by Diaz, or when they escape.

All of the bonuses mentioned above can be triggered when you play this game on Thor slots. 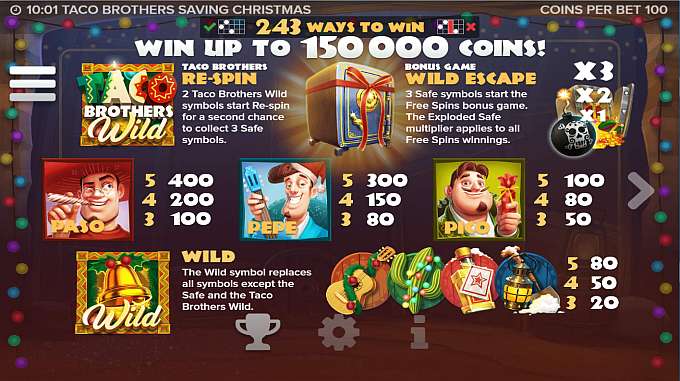 Now, the slot called Taco Brothers Saving Christmas may sound like the original version, but with a Christmas theme. This is a game with medium to high volatility, and you can play other free slots like this on Thor slots, like the Sweet Bonanza slot.