Taco Brothers is one of the pay by phone slots games powered by ELK Studios, and it comes with 5 reels and 243 winning ways. The game is all about Captain Diaz, who plays an evil role as he comes to town to steal all the tacos.

Pepe, Paso, and Pico are three brothers who come to save the day. This slot benefits from a bonus re-spins feature, which offers you another chance of a Wild Escape feature.
Here, you are given a random number of free spins with as much as a 3x multiplier. Be on the lookout for the sexy Señorita and roaming wilds who releases the trapped brothers.

This will continue until all the brothers have successfully escaped or are all locked in jail. There's so much fun to be had with this free slots, and you can play it right away in a slots casino like Thor Slots.

Elk studio is currently one of the most popular casino slot developers in the online gambling world. Elk studio has become a proud winner of numerous gaming awards, and the focus of this company is on freeslotgames development, which is always optimized for online and mobile play. 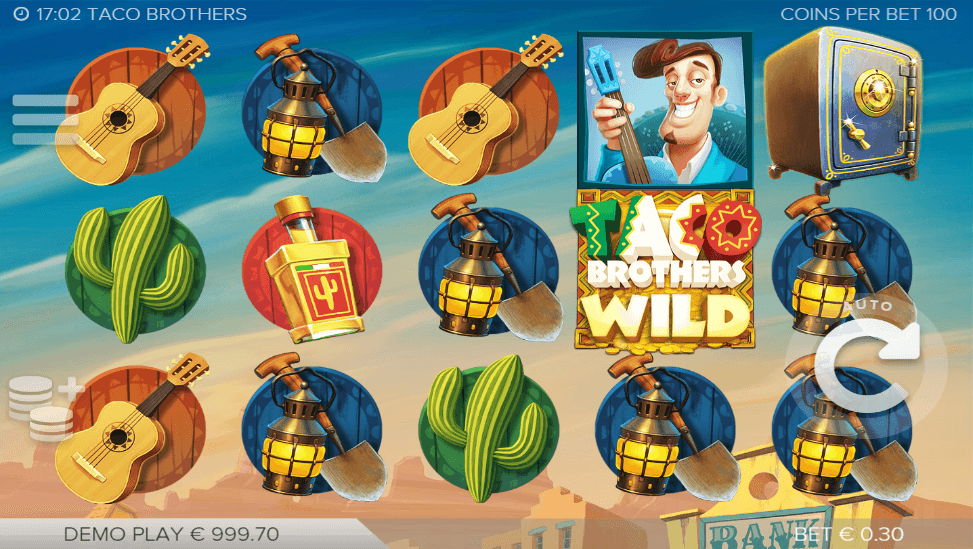 Join Paso, Pepe, and Pico as they do all they can to protect their home town from the hands of the mean Captain Diaz in the Taco Brothers slots. This game is five reels, and a 243 winning ways video slot from the stables of ELK Studios.

This Mexican-themed slot adventure is one that comes with free spins and lots of re-spin bonus rounds with running wilds and multipliers. Stakes in this slot begin at 10p for a spin and as much as £50 per spin.

The first thing punters will notice about the slot game called Taco Brothers is that it is a visual delight. The slot is set in the year 1881; it pits the three brothers against the villain called Captain Diaz, who's a Taco destroyer.  The symbols in the slot include cactus, a bottle of tequila, guitar, spade, and even a mining lamp.

Joining these symbols are brothers Pico, Paso, and Pepe, who are the largest payer and offer as much as 400 coins for a combo of five symbols. The golden bell in this slot is the wild, and it substitutes for every other symbol asides the re-spin wind bonus. 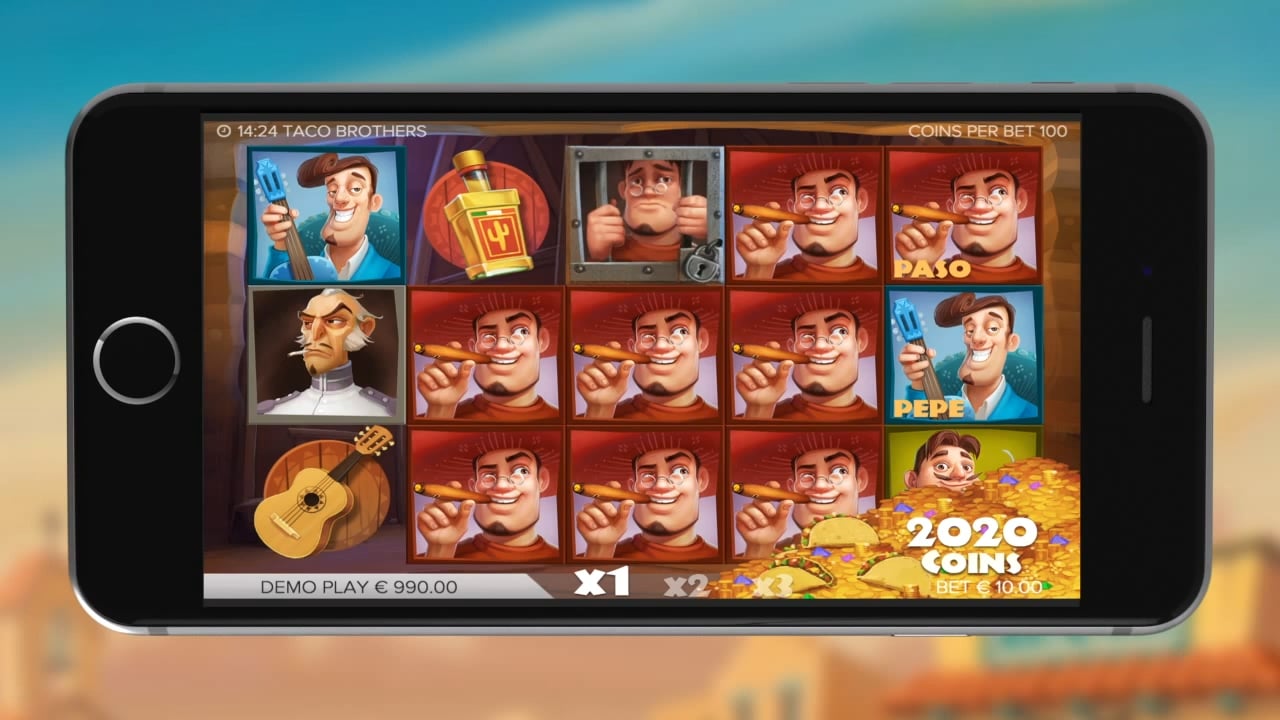 Re-spins feature: The Taco Brothers have Re-Spin symbols that appear on the 2nd, 4th and 5th reels. When it hits, punters will be awarded a second spin, offering punters another chance to get three safe symbols and also trigger the feature.

Wild escape feature: Find the safe on the 1st, 3rd, and 5th reels, and you'll

successfully activate the slot's Wild Escape feature, which is also the game's free spins round. Before the game begins, a bomb first explodes to reveal the number of multipliers, which is usually 1x, 2x, or 3x.

Punters will then be taken to a new set of gaming reels featuring Captain Diaz and the 3 brothers as well as the lovely Señorita.

You can trigger these bonuses on Thorslots when you play online slots with them. 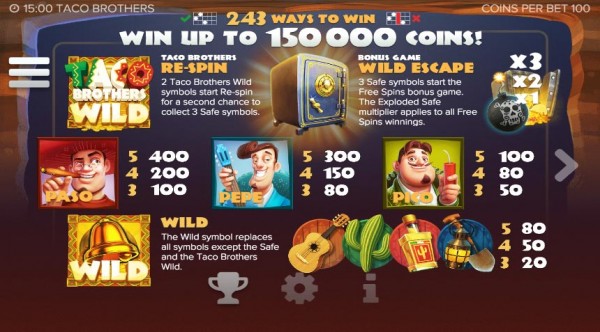 Taco Brothers are Available to play on both desktop and mobile; Taco Brothers is a real charmer. There is a nicely conceived back story that is perfectly realized, special thanks to the catchy graphics and impressive backing track.

There is so much on offer in this game's features department as well, especially the free spins feature that is boosted by the walking wilds and a multiplier. The variance of this game is in the medium range, and it offers a range of payouts that can be considered balanced.