Summary of Sherlock of London Slot

As one of the best pay by mobile casino games to come from Rabcat, Sherlock of London has been a hit game with players all over the world. This is a mystery  slot game set in the street of Victorian London where there might be some unsavoury characters for you to try and avoid as you head off in search of a cash prize or two.

This is a cartoon style Sherlock Holmes game which has captivated the hearts and heads of many players and may just be the style of slots game that you are looking for if you want an adventure, mystery and thriller style of  free slots casino game as you play for sizeable winnings today on the Thor Slots site.

Rabcat – the Developers of Sherlock of London Casino Game

Though Rabcat is not a name that we hear as often as many of the other games development companies, do not let this make you think that this means that they are new to the scene or do not have the knowledge regarding games development, as you would be very wrong. And you can learn more about online slot games by this developer right here at Thor Slots

This Vienna based, Austrian games development company have over 50 talented members of staff at their disposal in 8 different countries where they are able to create the very best of online slots games and they are now affiliated with some of the leading online casinos, like Thor Slots so that you can access their games with ease.

Now with an extensive portfolio, there are Rabcat games to inspire every level and type of games player on their gaming journey, whether it is something mysterious like the Sherlock of London slot or something a little less adventurous but just as fun to play. 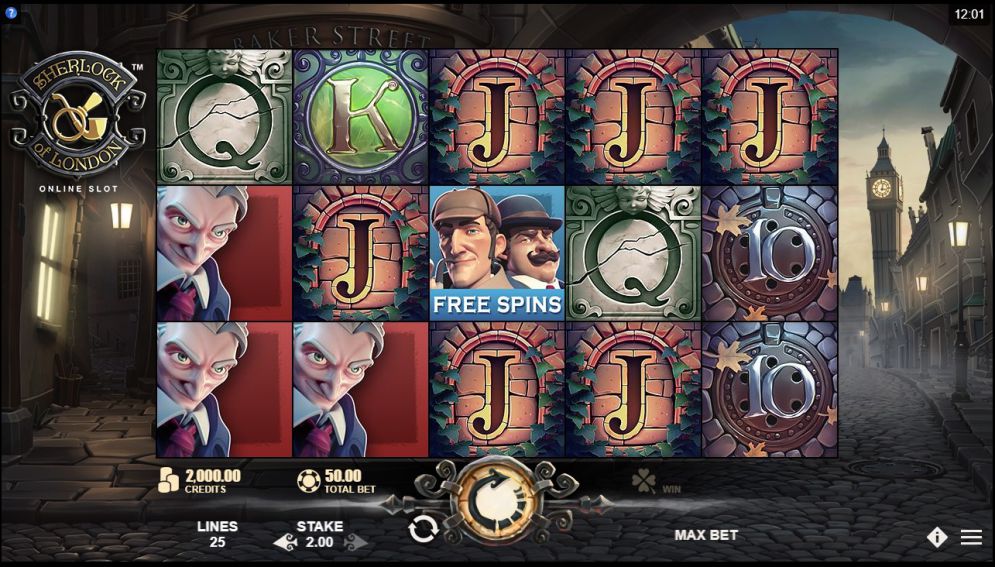 Sherlock of London online slots game was released by Rabcat in July 2019 and in the same month became a Top12 ranking slots game and gained a Top 25 Golden Badge for its popularity with players. This slot has clearly been a big hit with players very quickly.

This is a medium variance slots game with an RTP of 96.03% and there are 1,000 coins available as the maximum jackpot for any player to win. The minimum bet that can be placed on this slot is 25p to start the reels spinning and the maximum is £25 per spin on this 5 reel, 25 payline video slots game, where there are plenty of bonus features to keep you entertained for long periods of time.

These include expanding symbols, free spins, wilds, re-spin wilds, re-spins, scatters, the Gamble feature and of course the jackpot itself. 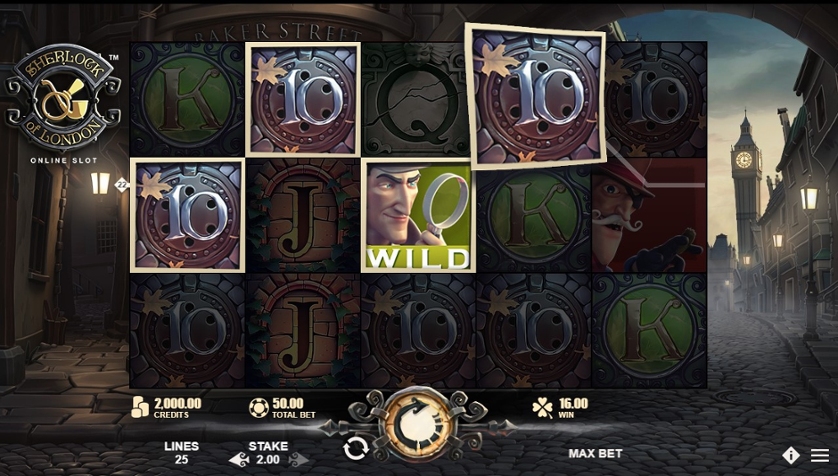 The main man of the game, Sherlock Holmes, is the wild of this slots game but he also plays a part in three other bonus features too. A connecting wild triggers when there are 2 wilds on the same spin which will see all other symbols between the wilds turn in to wilds as well to increase the winnings.

Look out for the Double Win feature where 2 wilds land next to each other for a multiplier boost of double winnings. You can also land a wild on the first or second reel which will result in an additional bonus spin with an additional bonus of sticky wilds being in play at the same time.

To activate your free spins, align a minimum of 3 Holmes and Watson scatter symbols and 10 free spins will be yours. During this time you will be able to benefit from the expanding wilds, connecting wilds, and the double win multipliers to help increase your winnings and fun too. Re-trigger your free spins with the Holmes wild for a maximum of 20 free spins.

Whether you like murder mysteries, adventures, Victorian London history, or if you just want to play on a different sort of slots game to those you have previously been gaming on, the Sherlock of London slot has it all.

There are exciting bonus features, a great theme and clever cartoon graphics which all combine to give you a slot that anyone will enjoy to the max. With big potential for a £100,000 jackpot prize if you are betting with the maximum stake, what’s not to love about this game if you are brave enough to take on the dark and dingy streets of Victorian London, then try this slot, or a similar title by the name Sherlock: A Scandal in Bohemia slot.