This is not your average pay by mobile slots game so if you are wanting to find a casino game that is something very different from everything you have seen before then this is the ideal slot for you. This is an online variation of the cops and robbers classic but the reels have been taken over and are under siege.

But do you have what it takes to save the day when you play Reel Heist freeslots on the Thor Slots casino? Whether or not you think you could catch a real-life robber, you may be surprised at what you could actually do with the powers of technology!

What happens when a group of experienced gaming enthusiast and experts all get together? They create Red Tiger Gaming! It was founded in 2014 and though it may not be one of the oldest of the games development companies that we are familiar with, there are so many great slot games online that have come out of this team that we know that you will be familiar with their name.

They have an incredible team of mathematicians, artists and software technicians, as well as many others, all under one roof which enables them to be able to create the very best of online slots game for their gamers so that they can innovate games that they would want to play themselves, not just be the brains behind!

By combining all of the best elements, Red Tiger Gaming has come up with the concept they like to call the “science of fun” and that really embraces everything that this clever games development company is!

We can also offer several other slots where you can find plenty of action on the reels: 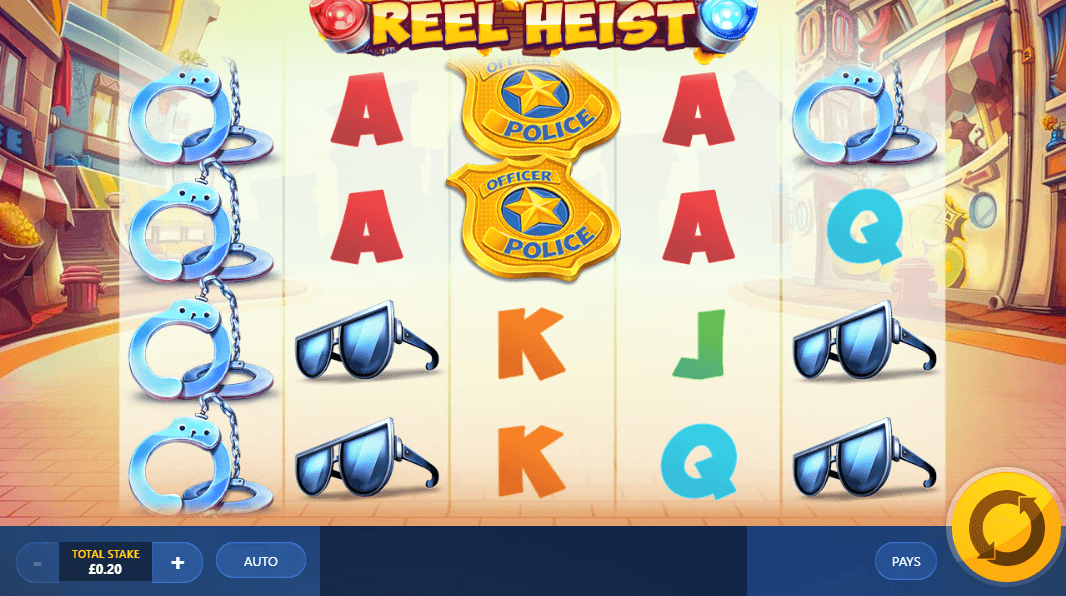 Ranking well in the SlotRank Charts with a Top250 Silver Badge, Red Tiger released this slot in October 2017 as a mid to high variance slots game and it has an RTP of 95.15%. there are 25,000 coins available here as the maximum available jackpot which anyone has the ability to be able to trigger as they play Reel Heist today.

Start spinning those reels from as little as 20p right up to the maximum bet level of £500 per spin which easily incorporates every bankroll size so anyone can enjoy playing.

This is a 5 reel, 40 payline video slots game with many different bonus features in play including the multipliers, wilds, sticky wilds, substitutions, and the Gamble feature which is an optional extra that players can opt in or out of at their own discretion.

If you want to play more of Red Tiger Gaming's reel themed slots then you should try the Reel King Mega slot. 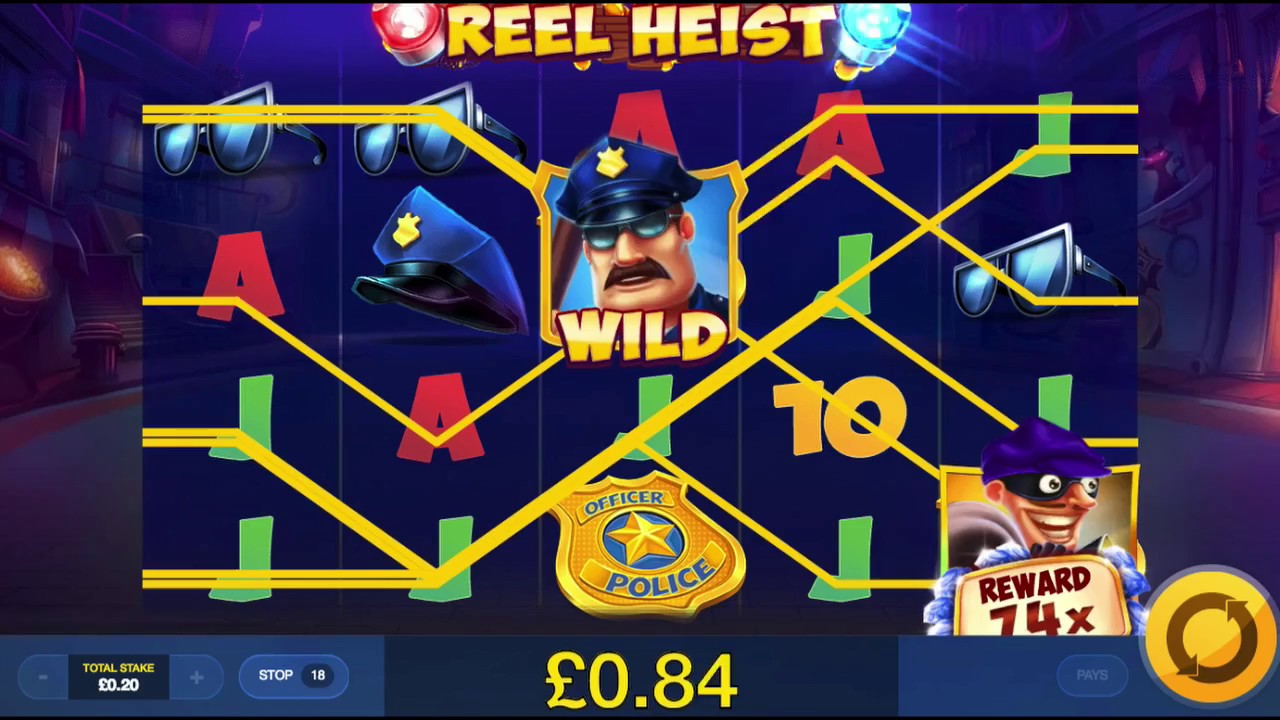 The sunglasses, handcuffs and copper’s hat are all high paying symbols in this slot and will all increase your winnings by 14 to 29 times your initial wager. But the highest paying symbol is the cop badge which can pay up to a maximum of 50 times your stake if you align 5 of them on the reels at the same time.

The policeman is the wild in this slot and replaces all other symbols which can enable you to be able to make some massive wins. During the bonus game of “Cops and Robbers,” if the cop catches the robber, you will receive a multiplier linked to the specific robber in question which can be anywhere between 32x and 2,000x your initial wager so this win can be massive too.

Sadly, there are no free spins in the game of Reel Heist, but we feel as if all of these massive multipliers make up for the lack of free spins as there is so much else going on along the way. 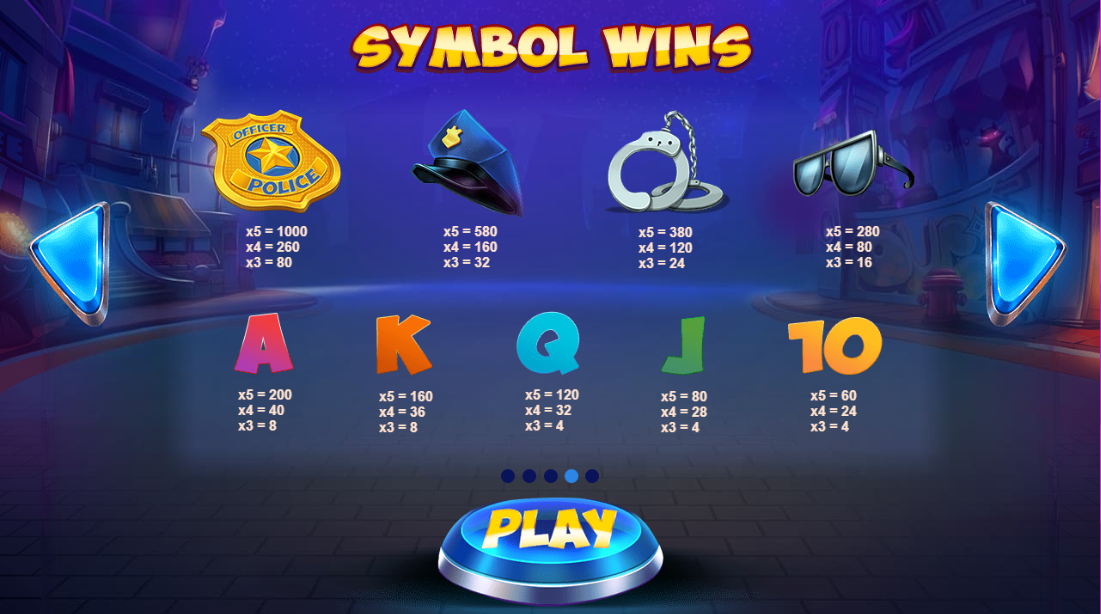 Our Take on the Reel Heist

We love this modern take on Cat and Mouse and though it is very Americanised, it has been a big hit with the British players. It is a very fun, juvenile cartoon slot with lots going on which is a great way to stay well entertained for long periods of time and if you are looking for a slot like the Rainbrew slot that offers something different to the norm then you are absolutely in the right place.

But players who love free spins are disappointed by this slot as there are absolutely none for the taking here – they literally do not exist at all. But the massive multipliers in play, especially if you are playing with the maximum bet level, can more than makeup for this if you are open to the suggestion of an alternative online slot.