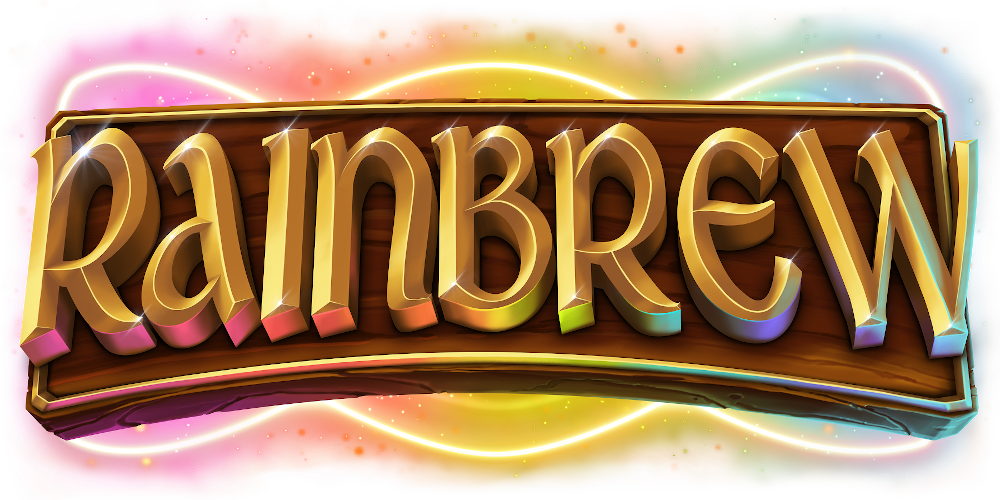 For an interesting take on an Irish slot, this casino pay by mobile game offers you 243 ways in the base game and then 1,125 ways in which you can make alignments to win. From the name, you are able to make an assumption that there are indeed plenty of rainbows involved and yes, this is an Irish slot but did you work out that it is actually a journey inside a brewery?

Take a lucky leap of faith with your leprechaun friends as they brew their favourite pints and see what they can win for you along the way as the hops become beer. But will all the wilds in this slot help you to win big or just drive you wild as you play here at free slots casino Thor Slots?

JustForTheWin – the Developers of Rainbrew

As one of the youngest games development companies around, JustForTheWin may not be the biggest gaming companies, but they have certainly made a big impression on the gaming world. With an impressive portfolio already considering that they have only been around for 4 years, they have created some of the best-loved online slots games that we all play on.

They have a great team behind them of loyal and hard-working professionals who create the most inspirational new slots games possible to keep players interested and enticed into coming back to play slot games by JustForTheWin.

The JustForTheWin team have been so successful so quickly because they have all been, and continue to be, games themselves so they know exactly what is required from a top game. Take a look at the Thor Slots site to see some of the best slots from the JustForTheWin team today. 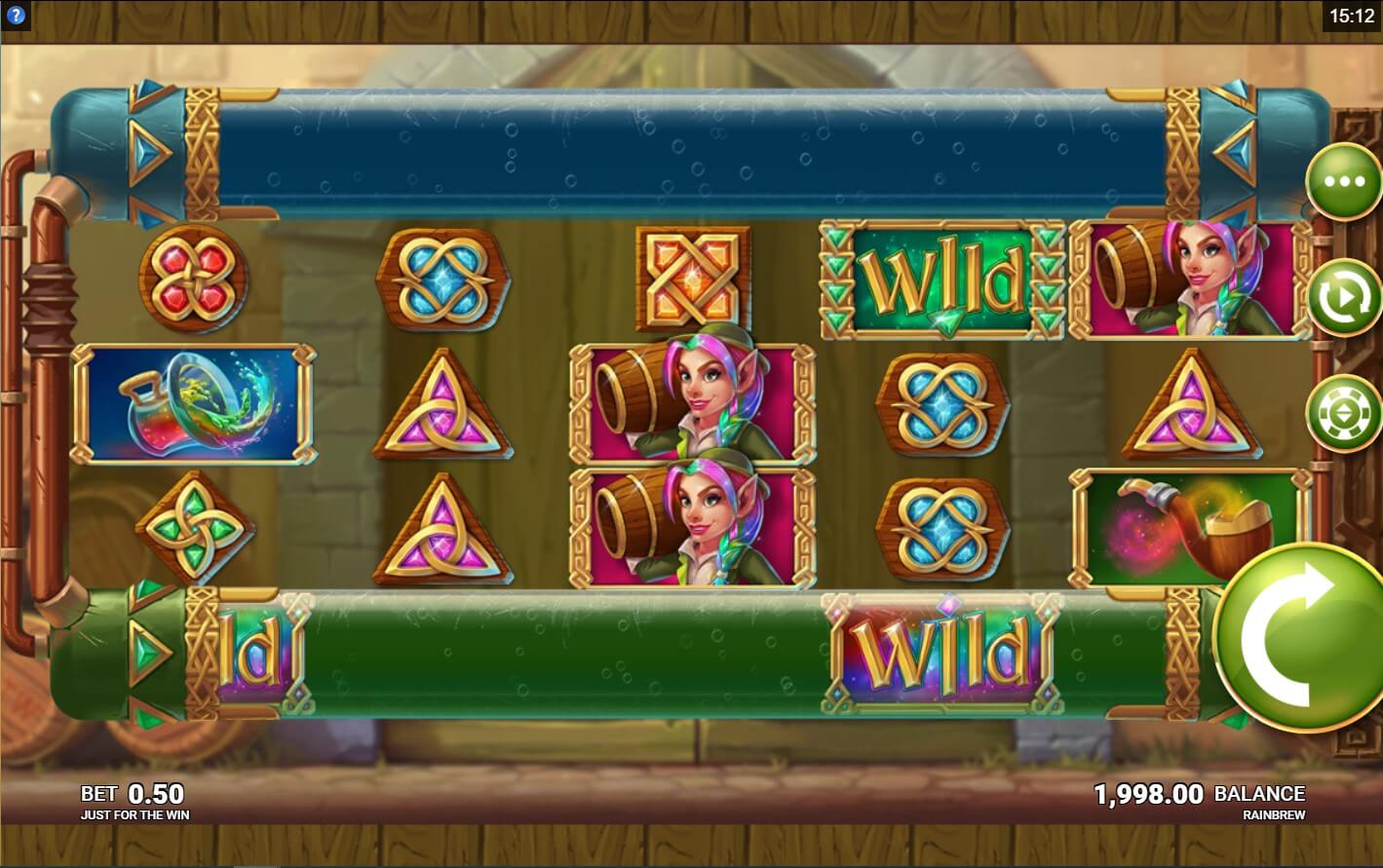 JustForTheWin have had great success with the Rainbrew slots game online and it has gained a Top 8 position and a Top 10 Golden Badge in the SlotRank Charts. They released this top slot in August 2018 with an RTP of 96.02% and a massive maximum jackpot available to win of 136,035 coins for any lucky player.

To start the reels spinning, you can place your bets from 10p up to £100 per spin, so this is a great game for players of any bankroll size to participate in. The Rainbrew slot is a 5 reel video slot with 243 paylines in play during the base game which can increase during the bonus game.

There are many bonus features for you to aim to trigger as you go along, including the substitutions, free spins, scatters, and wilds, all of which can increase your winnings during playtime.

There are loads of interesting bonus features in the Rainbrew slot. Starting with 243 paylines, this increase to 1,125 paylines when you activate the Sidewinder feature which then also has horizontal reels that spin, as well as wilds and bonus spins in play.

This will enable you to play Rainbrew for free without having to pay to spin the reels and you will have a great chance of being able to win cash prizes during this time as well. At this time, all 1,125 paylines will be constantly in play so the maximum number of winning options are available to you. 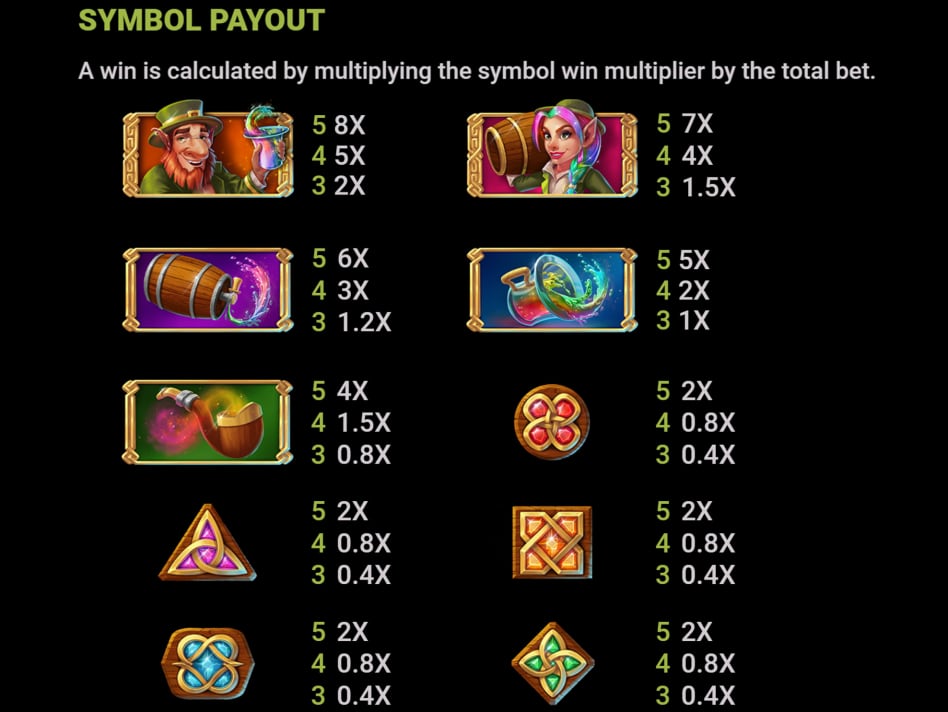 If you like the concept of Irish slot games due to their luck and charm but you have not been wowed by an Irish themed slot before, look no further. This is the ideal Irish slot with all of the added extras you need to stay well entertained for hours.

There are some great bonus features here which can increase the number of ways in which you can win and can drastically increase your winning as you play.

This is a great slot for anyone who loves the Emerald Isle or for anyone looking for an alternative style slots game with lots of bonus features to spice up the slots gaming world a little. Take a look at Rainbrew or the Rainbow Wilds slot today on the Thor Slots site and see what you think.