7 Lucky Dwarfs is a fairy tale slot online that brings you some 7 funny midgets who are bound for work in the mines all day long with instruments almost bigger than them, such as shovels and pickaxes. The background of this slot is the forest, with bushes occupying a visible position, which altogether adds a suitable feel to the whole game.

The 7 dwarfs are a hilarious sight to behold, with each possessing a mien distinct from that of the other. Their miens represent the cheerful, the irritable, the sluggish, the cold-looking, the silly, the shy, and the sophisticated. 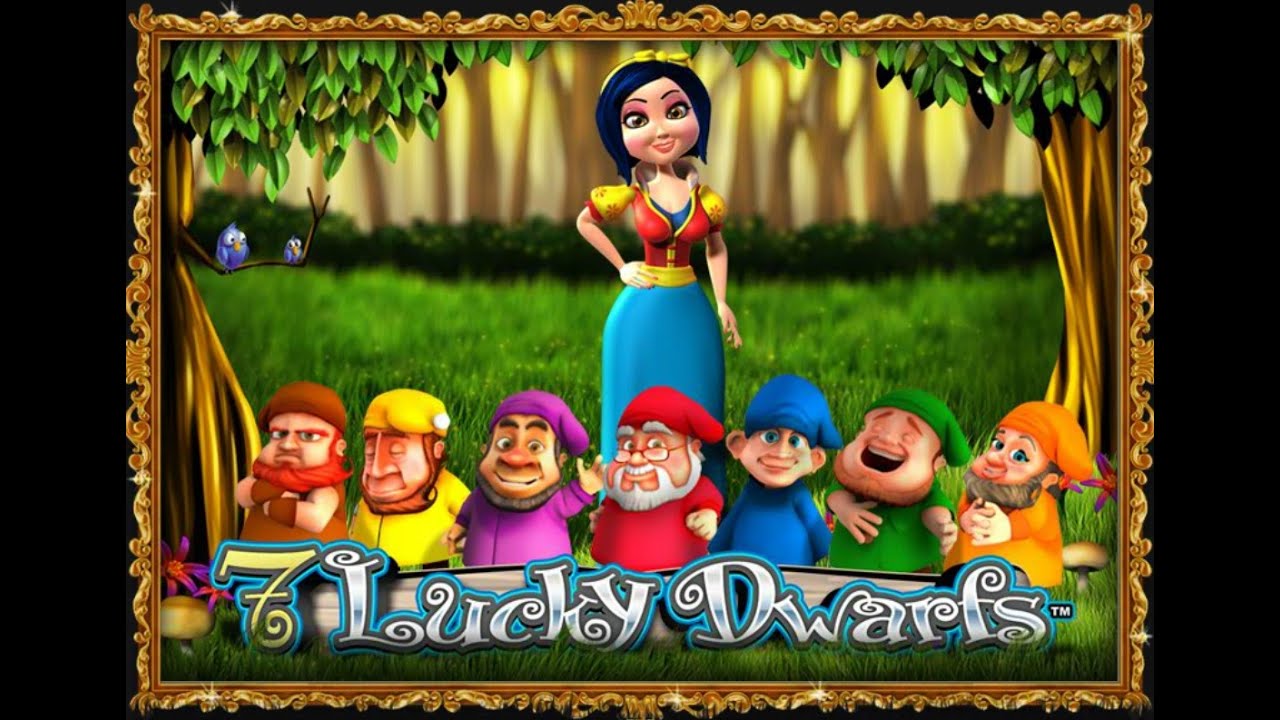 7 Lucky Dwarfs is a product of Leander Games. Leander Games may not enjoy the same reputation as other top developers, but they are making great strides in the iGaming sphere. In this respect, the Argentine-based company prioritizes well-refined slot machine games infused with unique themes. The company has been recognized a couple of times for its social gaming software in the industry.

Leander Games has fostered working partnerships that have seen its games being played in online and physical casinos in Europe, Latin America, and Australasia. Below is a small list of some of its games:

7 Lucky Dwarfs is a video slot with 5 reels and fixed 20 paylines. The wager is at a minimum of 20 pence and a maximum of 100 pounds per spin. Winning usually happens by getting 3 identical symbols in a row from the left reels to the right reels. It equally has the Autoplay feature, which paves the way for uninterrupted spinning of the reels.

The symbols of the game include Snow White, the 7 dwarfs, a brightly illuminated house, and the pretty, mean-looking queen. Snow White is the wild symbol. It replaces all other symbols except the scatter. Getting 5 Snow Whites consecutively on active payline rewards you with 2000times your wager value. The brightly illuminated house is the scatter symbol. Getting this symbol on reels 1, 3 & 5 awards you one of the two main features. 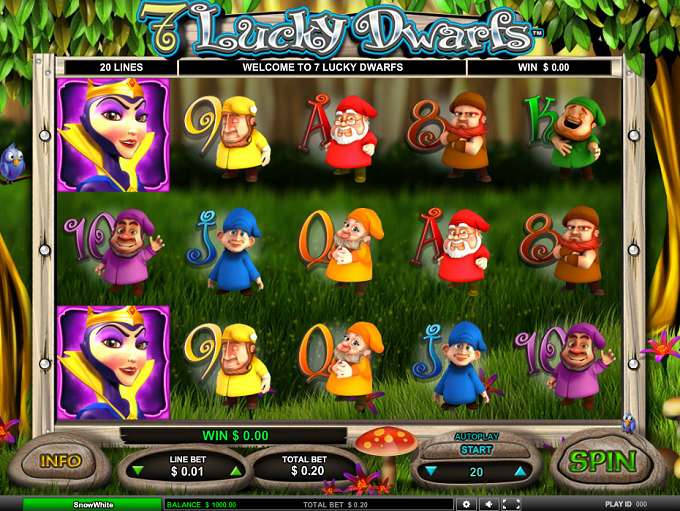 The game has the 'Mirror Mirror' feature, which is initiated by the mirrors reflecting on reels 1, 4, and 5, increasing your winning chances.

There are also two rounds of free spins. The first happens in the Goodland Casino with 5 free spins. If you are lucky and Snow White shows up in this round, the countdown would be paused, but the turns continue. After playing in this round, you select one of the 7 dwarfs that will expand your win by a 2x or 7x multiplier.

The second round is the 'Dig, Dig in Our Mine' bonus feature. You have to turn the wheel to see how lucky you might get. If you get the right spin, you have a reward of up to 500 times your wager value. Appearing on one of the dwarfs increases your winning prize.

This video slot not only puts a smile on your face, but also increases your wager value by 500 or by 2000. This is a whole lot for a fairy tale themed slot, which is why you need to start spinning now! If you enjoyed this game why not also check out Vampires vs Wolves slot?