Unlike its European counterpart, American Roulette Wheel by Microgaming is a 38 pocket spinning wheel game that is also found here on Thor Slots, where you can find the best Viking slots.

American Roulette has the standard 1 to 36 black and red pockets with a single 0 and an additional double 0 green pockets. This raises the house advantage but other than that it still plays in the same way as European Roulette.

Microgaming is one of the notable names in the gambling industry having been established in 1994 and based in the US up to a point, it could be said no one is worthy than them to put out American Roulette.

Their legitimacy is long-standing and next to no other having paid over $100 million in just progressive jackpots in the past decade speaks volumes on their part in terms of fair gameplay. Through their Viper software, Microgaming has been able to digitally preserve the gold in the slot games such as: 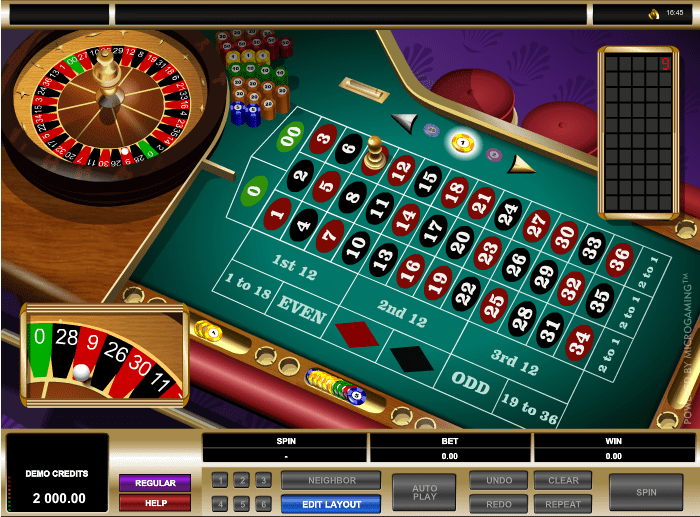 How to play American Roulette

Take on American Roulette and challenge the house in true viking fashion here on Thor Slots, land of pay by mobile slots. Place inside bets on any of the 38 numbers and land 35x payout for a straight up winning bet or split the bets between 2, 3, 4 and 6 numbers and get a decent 17x, 11x, 8x and 5x payout respectively.

There is also a top line bet that covers 0, 00, 1, 2 and 3 that pays out 6x the stake placed. The outside bets call for a higher minimum stake but the rewards are worth it. Place a bet on either red or black, odd or even, 1-18 or 19-36 and double your stake on a winning bet.

There are also 3 columns and divisions of numbers in dozens which pay out 3x the stake on a win. However, on a losing outside bet landing the white ball on the single 0 slices the bets into half while landing on the double 0 means a total loss on the outside bets which translates to the house advantage.

American Roulette however has a simpler neighbours game which is also laid out in the form of a racetrack where numbers are aligned just as they appear on the spinning wheel. Betting on a single number covers 2 other numbers on either side totalling to 5 numbers which rewards you with 6x the stake placed.

Our Opinion on American Roulette

For the high stakes and adventurous player looking for a good and worthy challenge, American Roulette is just the thrill you are after along with some of the slot bonuses available on Thor Slots where you can play exciting slot games like the Rainbow Jackpots slot!

American Roulette has an RTP of 94.70% which is decent and the possible payouts on the outside bets are just mind-blowing considering the stakes placed.