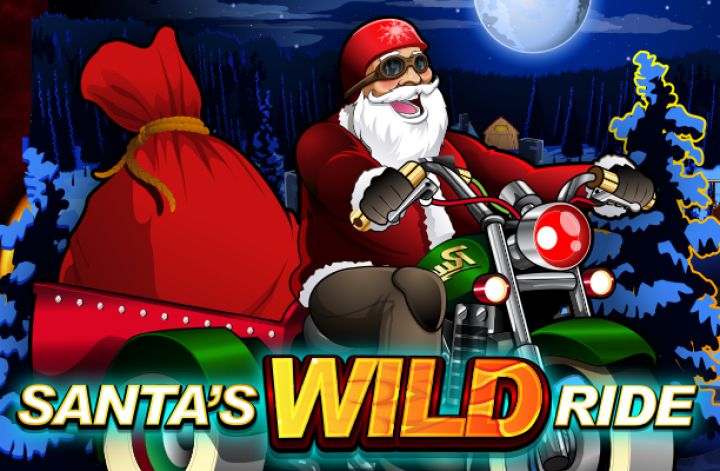 Not only can you play Viking Slots on www.thorslots.com, now you can sample Microgaming slots as well. This one in particular is called Santa’s Wild Ride. It is a 5 reel, 243 ways to win Christmas themed slot.

Players will get to catch a ride on Santa’s sleigh as he does his best to ferry presents across the world in a single night. There’s no one Santa rewards like his helpers so you might just benefit from bonuses like; free spins, expanding wilds, stacked wilds and trailing wilds.

You can also win a maximum jackpot of 1,900,000 coins in a single free spins round. The maximum bet you can set is 7.50 coins. Wins are multiplied against the number of coins and the size too. The coins will be multiplied by 30x and result in the total bet. So sign up today to play this slot as well as other casino slot games right here at Thor Slots.

Microgaming – The Pioneers behind this Casino Game

Microgaming is an online casino software developer that launched in 1994. This was right at the time when the online betting revolution was starting to take shape. When they launched, they did it the same time as their first online casino the Gaming Club. Surprisingly, it still uses the same software decades later. This just goes to show how superior the company’s pay with mobile credit products are. 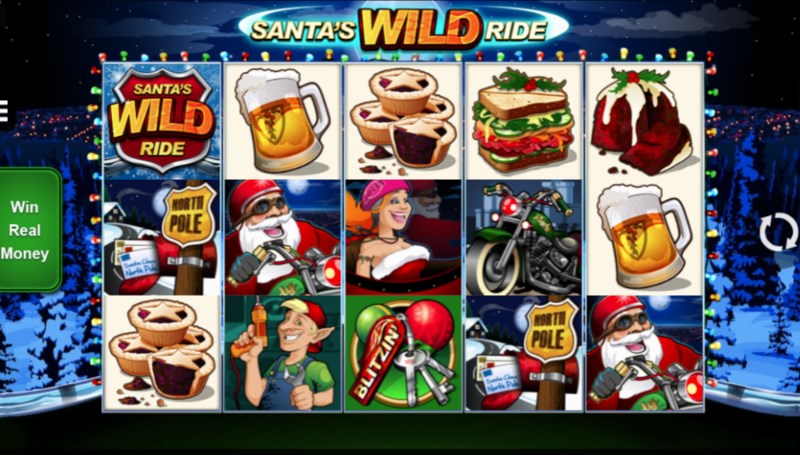 Thor Slots hosts Viking slots, Microgaming slots and several other games by other developers. Santa’s Wild Ride by Microgaming is the best slot to get you in a proper festive mood. Players will come across yummy Christmas treats meant for Santa to power up as he works.

These are the symbols in the game like mince pies, Christmas pudding, a triple-decker sandwich, cookies, beer, a motorbike,  the North Pole sign, an elf, Mrs Claus and the main man Santa Claus.

The key scatter symbol awards the highest value in the game where you receive 50x your stake when 5 of each land. In addition, this symbol can land on adjacent reels just like other symbols in the game.

The wild in the game is represented by the Santa's Wild Ride logo. This wild can replace any other symbols in the game except for the scatter. The wild can award payouts of up to 800x your stake. When the wild lands, a random multiplier of up to 4x your stake is activated and applied to your win amount when it manages to form a winning combination. 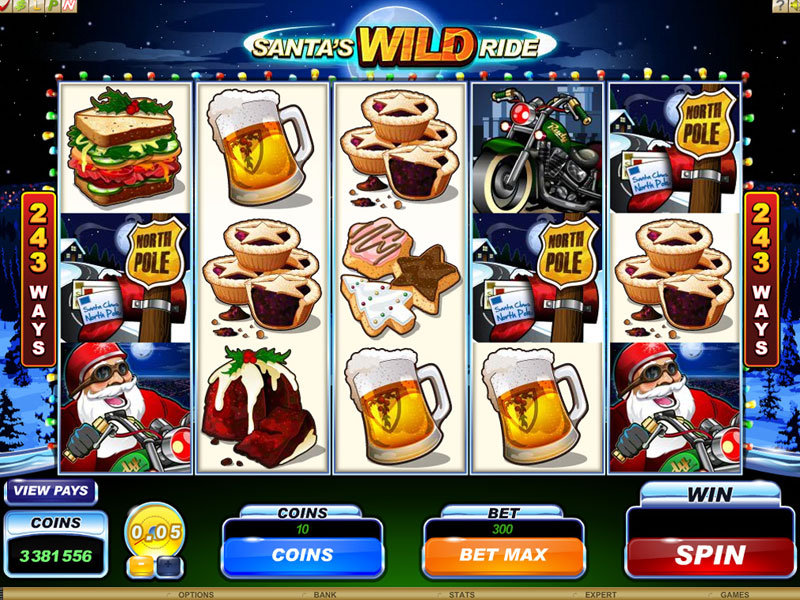 Santa’s Wild Ride is available to play on home of Viking Slots, Thor Slots. Some of the bonus features you can play in the game include;

- stacked wilds land on all the 5 reels

- wilds land and expand downwards after every spin.

Any successful wins during the free spins feature will have all your wins doubled. 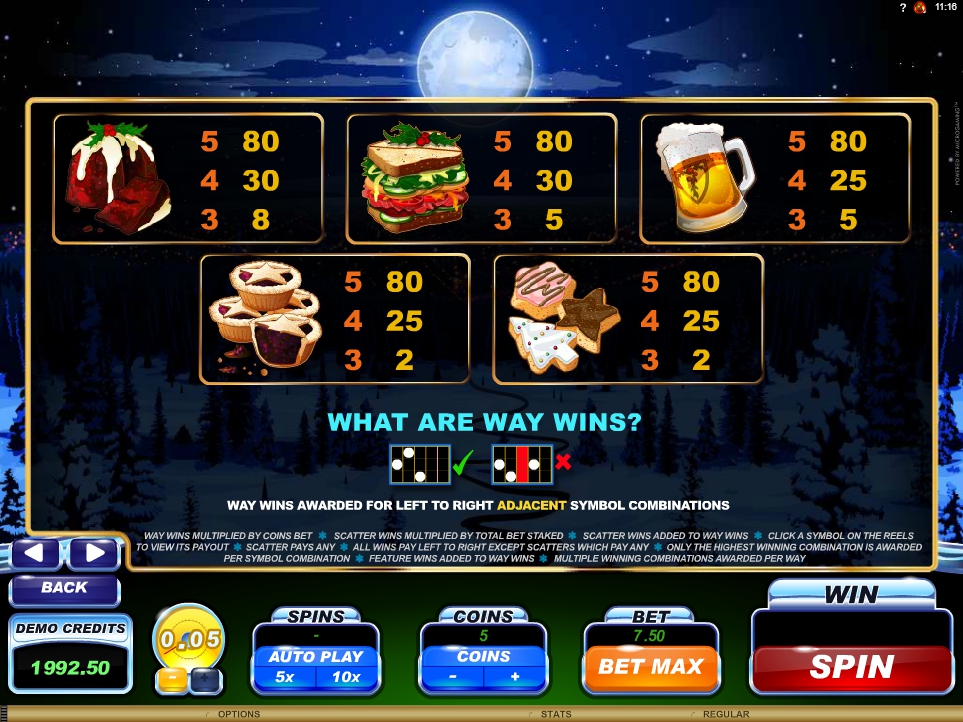 Santa's Wild Ride is catered to players who enjoy fun Christmas themed slots. There’s a lot of those on Thor Slots and Viking Slots too. Most players tend to stray away from such slots because of fear of the game being too cheesy. However, Santa’s Wild Ride is far from it.

It has got awesome game visuals and a collection of bonus features to keep you busy like the free spins feature where all types of wilds land and the Christmas gift feature where random gifts hit the reels. For more great Christmas themed slots, check out the cartoony Santa Paws slot.