Rainbow Jackpot Power Lines is a slot with an Irish luck theme where the cheerful Leprechaun fills your pockets with riches. Those familiar with Irish slots already know that the theme has offered everything imaginable and conceivable to players, but not multi-pay-lines.

More details of this free online slots are available in the following paragraphs, as you could also play on Vikings Casino.

Rainbow Jackpot Power Lines was developed by Red Tiger Gaming, an exquisite game developer landing remarkable strides in the industry. Over the years, Red Tiger Gaming has been poised to supply games that stand the test of integrity in the industry, given how hundreds of games are injected into the casinos daily.

A relatively new company established in 2014, Red Tiger has concerned itself with quality, innovation, and proper understanding of casino markets. Other games include:

The games above and other free slots by Red Tiger Gaming can be played on Vikings Casino always. 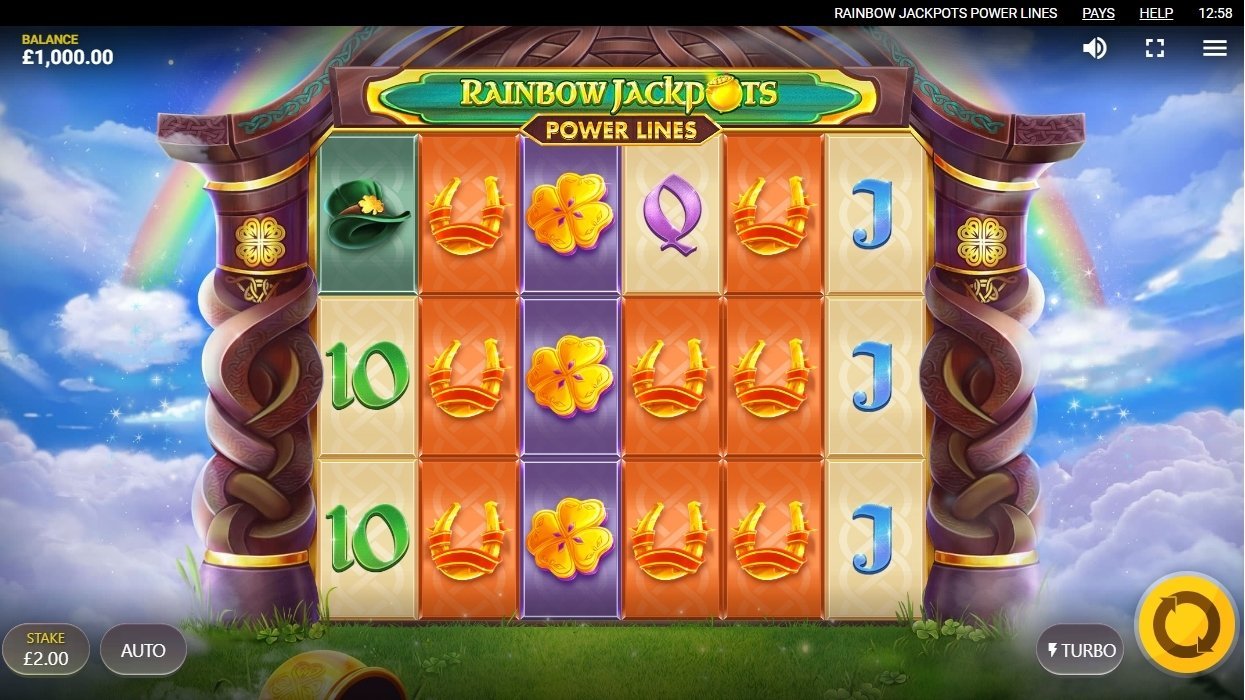 At the start of a spin, the pat-lines are just 4, but as you progress with more spins, the pay-lines increase and can get up to 49. Each reel takes between 2 to 7 symbols at a time, with 7 rows carrying the reels all through.

The high-value symbols include a Golden 4-Leaf Clover, a Horseshoe, and the Leprechaun's Green Hat. The low-value symbols are card suits, such as A, Q, K, J, and 10 symbols. A Gold Coin is the wild here that replaces all other symbols on the reels and also awards high. The wager in this slot is pegged a minimum of 10 Pence and a maximum of 100 Pounds for a spin.

Complete feel of the gameplay awaits you when you play on pay by mobile casino sites Vikings Casino now.

This feature is enabled with the cheerful Leprechaun blowing random symbol from his smoke pipe. This sets similar symbols flying across the reels, and every assembled symbol on the reel after the feature is calculated and paid to you.

This feature sees symbols flying in more significant numbers, with all calculated and paid according to what you get at the end of the feature.

At least 3 of the bonus symbol on the reels will activate this feature. As the feature is on, you are offered options of picking one of 3 Pots of Gold placed before you. The Symbol Swap feature comes on at intervals in this feature and offers you some symbols of a kind.

This feature is enabled by getting at least 3 of the smiling Leprechaun symbols on the reels. As the feature comes alive, some super spins are randomly offered to you, with the Super Symbol Swap feature coming on, as well.

3 of the beer bonus symbol will activate this feature and offer you an option of picking 1 out of 3 glasses of beer. Anyone you select is further filled to the brim, which awards you some exciting prizes.

You can win all of the above bonuses when you play at Vikings Casino now! 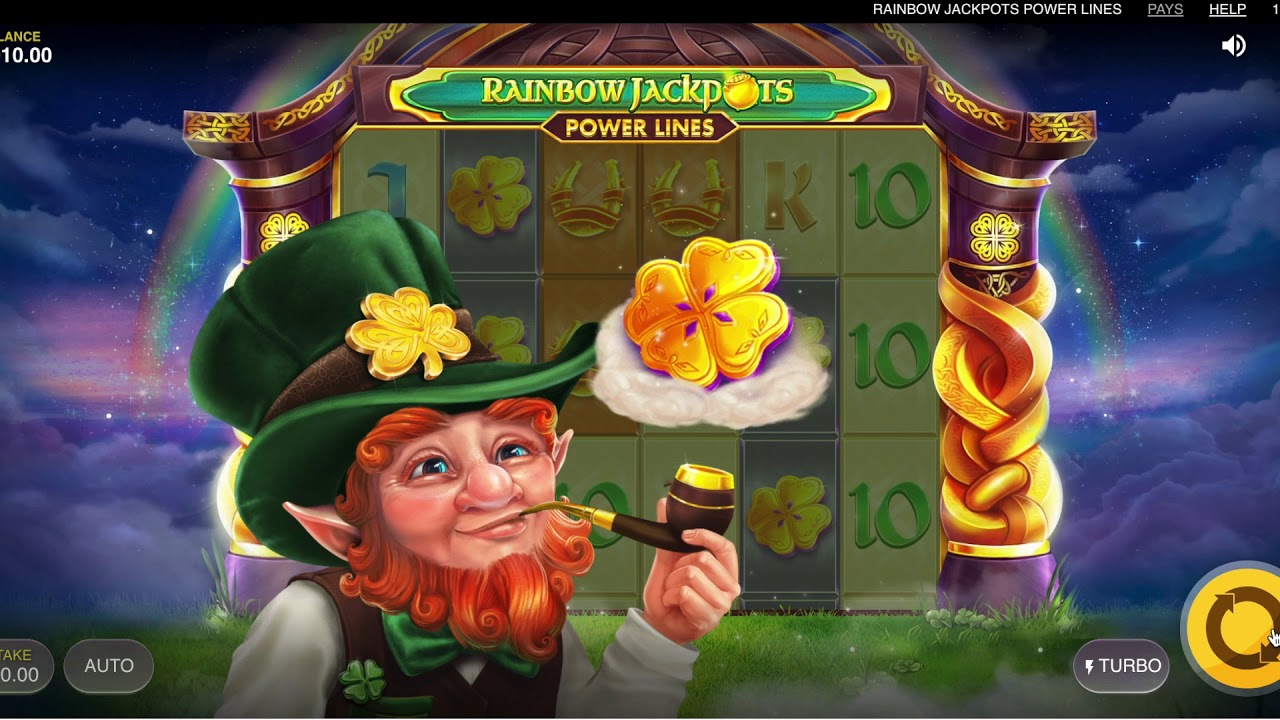 Rainbow Jackpots Power Lines has been perfectly designed to suit your gameplay preferences in terms of features and winning potentials. So, you can play now on Vikings Casino and win massively, and why not try the Holmes and the Stolen Stones slot while you are here?