Take a trip to the Emerald Isle when you play on the Rainbow 3x3 slot during your time on Thor Slots a pay by mobile casino site today. With all of the stereotypical lucky Irish symbols that you would expect to see in play and more, there is plenty to keep your attention here as you spin the reels and see if you can find the pot of gold at the end of the rainbow in this green slot.

With gold pots everywhere, they aren’t the only lucky symbols that will catch your eye as the four-leafed clovers could be just as rewarding if not more so when you play Rainbow 3x3 free slots, but you’ll have to play to find out what their reward is!

Based in Brighton and Hove, the 1X2 Gaming offices are always a hive of activity so that new and exciting slot games can be created for you. When the company was founded back in 2002, the team wanted to create fixed odd slot games that could be accessed on a range of different channels so that they were more accessible to slot players in general and, wow have they succeeded in their mission here.

As a UK based games developer specialising in online slot games, 1X2 Gaming have done exceedingly well for themselves winning many awards for their games, becoming a household name and are now affiliated with many of the biggest and best online casinos, like Thor Slots.

Their offices may be located in the UK and they may have a big British presence, but they have made quite a mark on the rest of the world too and it’s certainly not hard to see why with games like this.

1X2 Gaming released the Rainbow 3x3 slot casino game in March 2019 so it is a relatively new slot on the scene but it has already gained a Top 261 place in the SlotRank Charts and gained a Top500 Silver Badge here too. This is a slot with an RTP of 95% and there are 8,070 coins to be won as the maximum available jackpot prize if you are lucky enough to trigger it along the way.

The minimum bet level is 90p up to a maximum of £45 per spin of the reel on this 3 by 9 video slot game that can be played on a tablet, mobile or desktop to suit all players. It was last updated in March 2020 and it should be known that there is only 1 possible payline in play. 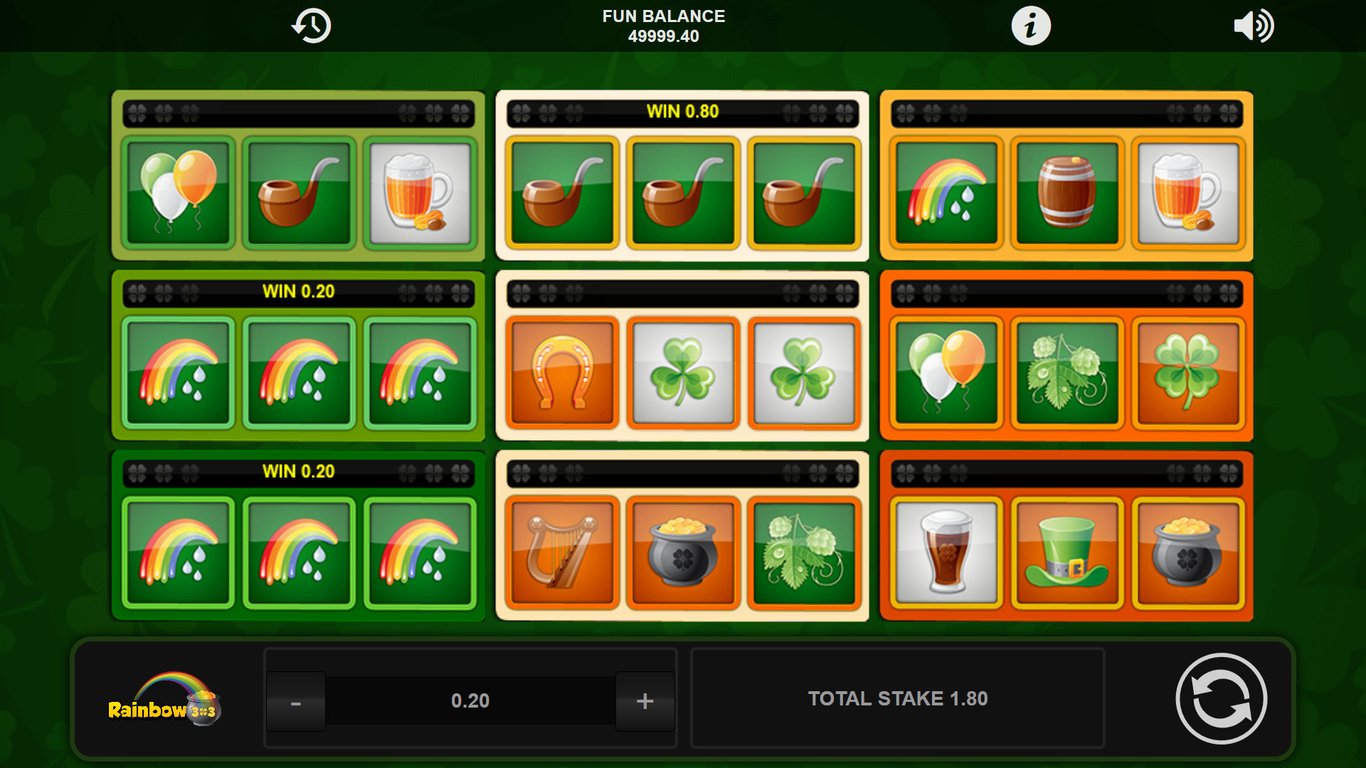 This is a fruit style slot game, so there are no bonus features or free spins to speak of during your time playing Rainbow 3x3. But you should know about the placing of the payline win which will make a big impact on what you win.

There is only one payline to be won in this slot but you can win this on the top middle or bottom row when you place your 90p to £45 bet to spin the reels. The top row will see you win the smallest win with an 8x max total stake return but this is the most frequent win seen.

Then there are the middle row wins which are less frequently seen but can win 30x the total stake. Finally, there are bottom row wins which are the hardest to trigger and the least likely wins to see but they are the largest wins of all. Here you have the chance to win a 500x total stake, so if you are playing with the maximum bet, your return can be massive. 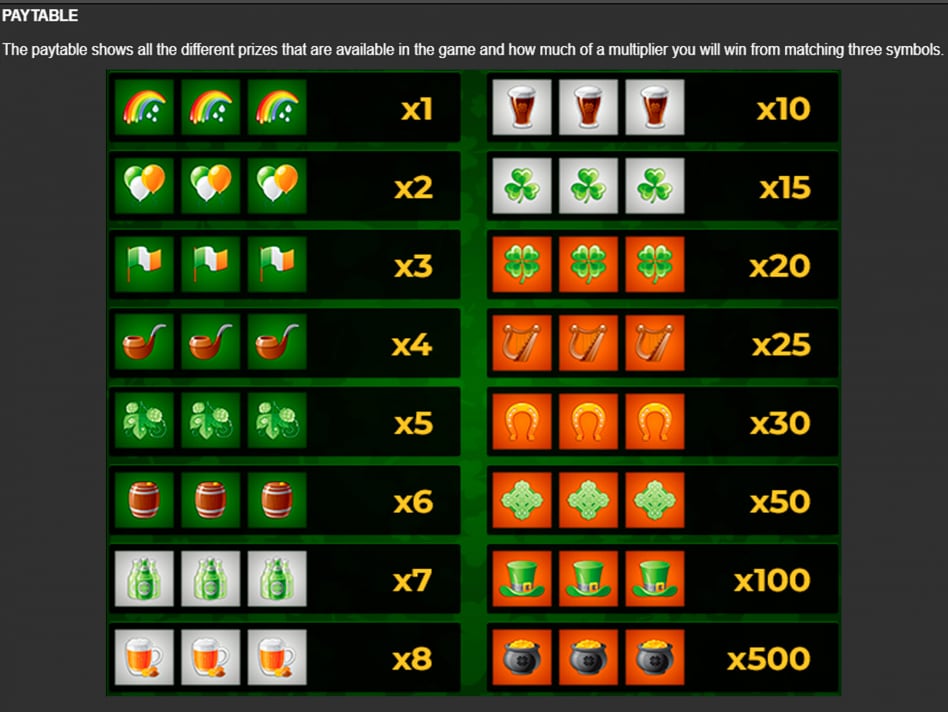 Our Take on the Rainbow 3x3 Online Slot

This is a modern take on a traditional fruit slot, which we realise is not for everyone, but it does make a nice chance to some of the Irish slots games with so many bonus features that they are just plain confusing!

It is good that there is a differentiation between wins of the different lines but many players wish there were free spins involved in this game especially with the minimum bet level being so high.

This could be seen a limiting to the number of players that this slot can attract but despite this, it has been a very popular slots game for the 1X2 Gaming team so far. Another popular slot that we strongly recommend is Fluffy Favourites Fairground Jackpot, play it today at Thor Slots!