Players better get ready to go prospecting in Gold Rush by Pragmatic Play is a 5 reel, 25 pay line mining-themed slot. Features in the slot include a Free Spins feature, that offers 10 free spins. That’s a minimal number, but you get a whole load of perks while at it. Every time a golden nugget is added to the reels, it reflects on a meter next to the reels. The more golden nuggets you collect, the more high-value miner symbols appear on the reels. This Gold Rush slot looks a lot like a Playson slot also called Gold Rush. Pragmatic Play’s slot has a feature that rewards various free spins. Stakes in the game start from 25p to £250 a spin on all iOS and Android mobile,  desktop and tablet devices - play on your favourite free slot site. 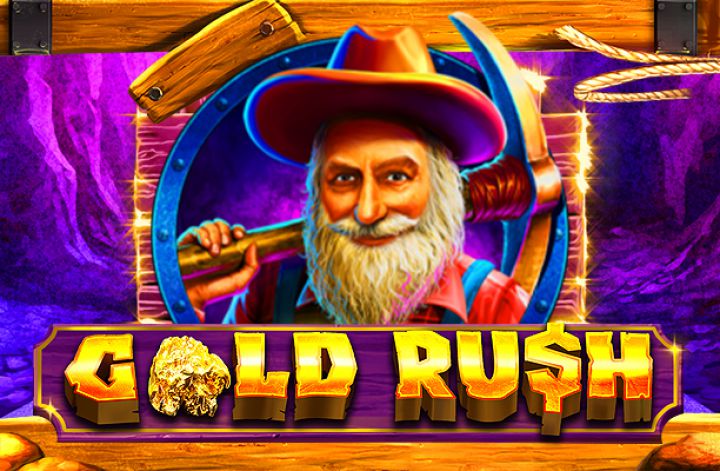 Gold Rush has a rather good design where the action is set inside a mine shaft. Symbols on the reels include the usual playing card values, a cart full of gold, axes, a lamp, spades and a pit pony The bearded miner is the most rewarding symbol in the game. When 3, 4 or 5 land on a pay line, you can win 1x, 8x or 20x your total bet. The wild symbol in the game is represented by sticks of dynamite. They help form winning combinations and can replace all other symbols except the scatter symbol. The scatter lands on the 3 reels in the middle only.

Every time a scatter symbol appears during the free spins feature, 2 extra free spins are added to your total. If you advance a level on the last free spin, 1 additional free spin is awarded.

Pragmatic Play - The Developer of the Gold Rush Casino Games

Pragmatic Play was established in August 2015 and is considered one of the fastest rising online casino game providers. Pragmatic Play has assembled a team of over 100 highly-skilled professionals who create each of their incredible games from the company's base in Sliema, Malta.

Pragmatic Play has won several awards over time. 2017 was definitely their biggest year yet because they fought off extremely tough competition to win a bunch of awards including the Software Rising Star award at the EGR B2B Awards, Best Digital Company of 2017, Best HR Director and Best Gamified Experience Company.  They’ve also encountered near misses like in 2016 and 2017 when they missed out on the Game of the Year award(s) for Hot Safari and Queen of Gold. The nominations enough were a great honour as it indicated that Pragmatic Play could produce some truly superior slots. Another thing that award ceremonies did for the company is that it helped them earn more recognition within the industry. They have business partnerships with the best casino operators in the industry as well as software platforms that help them host their games.

They have acquired enough gaming licenses to ensure they are able to provide free and fair games for all players who enjoy casino games of chance. The licenses they’ve acquired from various licensing bodies have helped them be able to penetrate new markets. Some of the licenses they hold include some from the Malta Gaming Authority, the UK Gaming Commission, they also have a license from the AAMS in Italy, they are certified by Romanian authorities, have been green lit to operate in Curacao's and also operate in the Philippines'. Pragmatic Play is one of the only games providers to have a license to operate in the Bahamas and has also expanded into Denmark.

Pragmatic Play releases an average of two new games every month. That doesn’t seem like a lot at first glance, but it is if you consider the amount of work that goes into a single game. It's truly team effort that makes up the final product. The work starts right from the first brainstorming sessions when the idea is set in motion, from there the mathematicians, designers, audio specialists and programmers continue the work to deliver an outstanding experience that players can enjoy. Find the best online casino promotions.

The next thing that comes is the testing process, which can make or break the game. Pragmatic Play takes this part very seriously. The team makes sure that each of the Pragmatic Play slots they create are extensively tested by several testing labs to ensure they are fair to play. If the game passes any of the tests conducted successfully, it is released to each online casino that supports Pragmatic Play software. Companies who conduct game testing include Gaming Laboratories International (GLI), QUINEL and BMM. By the time the game appears on the screen, you can be sure that it has been verified by the best of the best. This means you will be able to rest assured that your safety is prioritized when playing your favourite video slot. 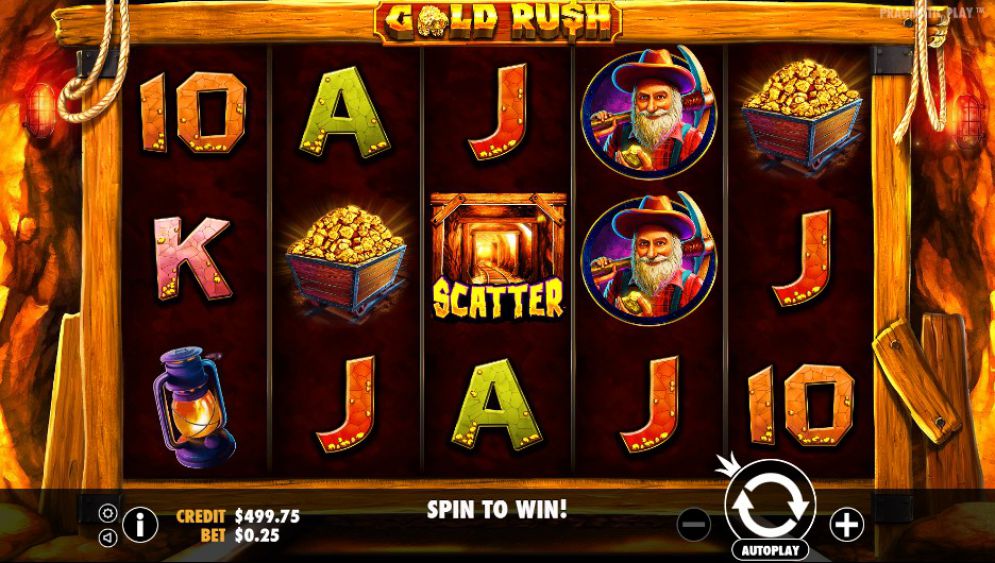 Gold Rush is a simple slot with high volatility. Players can look forward to lengthy spells without any gold. You get to collect plenty of nuggets in the Free Spins feature though and the coins start flowing. This slot has a medium to high variance. This slot boasts impressive design, easy to follow gameplay and a hard-hitting bonus feature. Gold Rush makes everything come together to deliver a truly enjoyable and exciting experience. If this sounds like a good game tto you, try out the Viking Fire slot.

If you enjoy the mining theme, then make sure you give this slot a go. You can access it on all your favourite online casino slot sites.