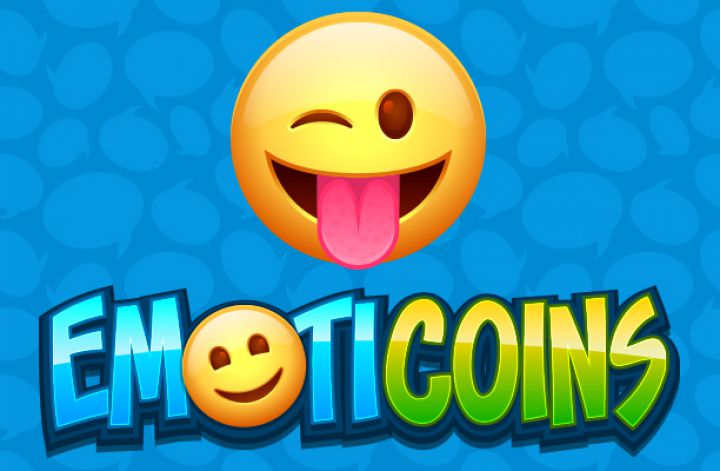 You have probably heard of emojis, and if you have not, where have you been? With most of us now owning some sort of smart device with emojis, knowing about these little faces can be a hard thing to avoid. Play the best free online slots, and enjoy our welcome offers!

In fact, a lot of us can probably imagine the face of an emoji quicker than we can the face of somebody we know. But all of this hype behind these little yellow digital beings is not all unfounded. Emojis can be used to express a myriad of emotions, hence the name, which derives from emoticons. This online slot game is set across five reels and with 30 pay lines, and this slot game is themed around exactly those emojis. The background of the game is in the colour pale blue, which further highlights the little cartoon-style characters and gives a charming appeal to the aesthetic.

Another great aspect of this game is that it can be played either through mobile phone, laptop or tablet and the soundtrack is a calming one which contrasts well with the excitement of the game. Read below for more or play one of these free slots now.

Microgaming - The Developer of the Emoticoins Video Slot

Microgaming is an exciting games developer which have created so many online slots that we all know and love as well as Emoticoins, it is not hard to see why they have become so popular in the online gaming community. In fact, Microgaming have grown so rapidly that recently they have announced that on an exclusive basis, they are helping to launch and work with independent gaming studios.

But who exactly are Microgaming and what have they done to earn such highly regarded accolades? According to their website, they are the suppliers of award-winning online software which creates games for all of the leading operators across the world. Microgaming also created and developed the first online software for a casino in the world, according to the Microgaming website, and which launched in 1994 and that they created the first mobile casino software in 2004. With Microgaming, you can expect to find newly released titles every month across desktop and mobile platforms which gives you more ways to play your favourite games, including on the go.

Another boast for Microgaming, they say they have got the largest progressive jackpot network in the world and have paid out 1 billion euros to this day. In 2015 Microgaming made it to the Guinness World Book of Records, and with this they the title for the Largest Jackpot Payout in an Online Slot Machine Game when one lucky Betway UK gamer won the GBP equivalent of nearly 18,000,000 euros from just 25p a spin. Slots deposit by phone bill and play their games on Thor today!

Other Slot Games by Microgaming 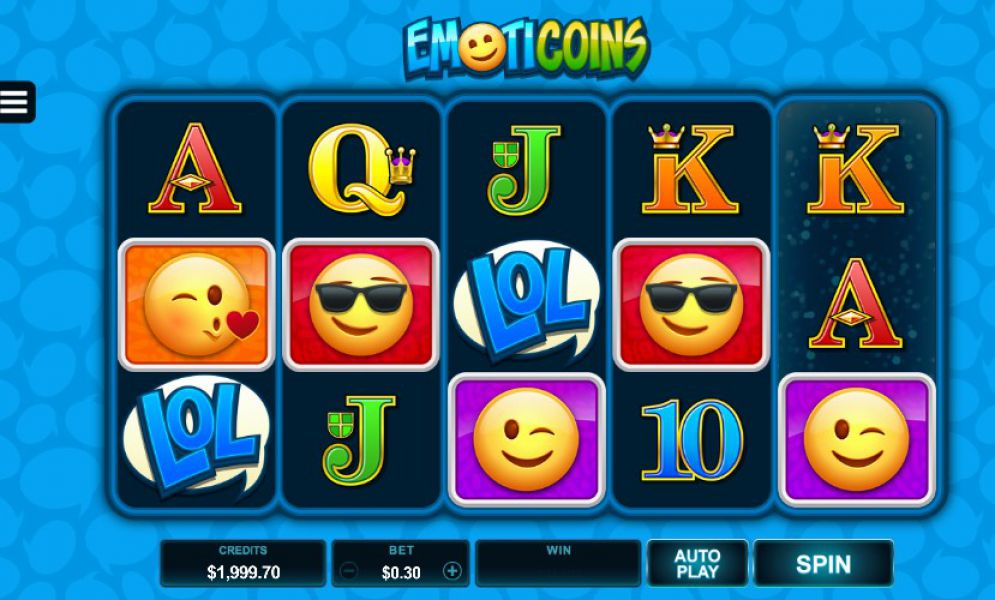 Thanks to the rise of social media and all of our smart devices, emojis are hard to avoid, and this would not be the first game or general item to be themed around emojis - various bedding, pillows and toys, and not to mention an entire movie, have also been inspired by these little beings. To start the game, all you have to do is place your bets which can range from the small amount of 30p right up to a maximum amount of £300, and navigating this online slot game is easy, with plus and minus signs helping you place your preferences.

With the Emoticoins online slot game, you can also play in an autoplay mode which means you can sit back and relax while the game itself does all of the work for you. Before selecting this option though, do remember to select the games which you want to play and then the automatic spins can occur.

There are various symbols amongst the reels that you will recognise as the most widely used emojis, because that is what they usually are. The symbols are in fact those which you can usually spot on any regular social media site, and the symbols are playful and of course themed around emojis. Of the infamous emojis that you can expect to see, you will find the smiling face who wears glasses, a winking face, open-mouthed smiling face, the favoured kissing face, and the one with their tongue out.

You can also find from the symbols, the usual Ace, King, Queen, 10 and Jack which are of a lower value than those aforementioned. What is more, with this online slot game you can also find the three huge bonus features which is more than the usual standard amount that other slot games usually offer players. Now onto the symbols of this online slot game, of which you can find the wild in the form of the logo of the Emoticoins online casino game, and this symbol will sub out for any of the other symbols to help the player in getting a winning combo, but this is however, with the exception of the scatter symbol.

This Emoticoins slot game is jam-packed with more awesome features which offer players more than most other slot games, and this includes a fun wild blast feature which is activated at random and adds an extra huge 5 wilds on the reels in time for the next spin the player takes. With the Emoticoins online slot game you can also find the free spins bonus game feature. To trigger this, all that a player has to do is find 3 or more LOL symbols anywhere on the reels, and this will give players the trigger to those free spins.

When the free spins feature is triggered, it begins with a huge 10 free spins and then the player is also awarded with the wild stickers too, which is why on your first ever spin one of the symbols is generous enough to turn into a sticky wild. Not only that, but with the third, fifth, seventh and ninth spin any of the symbols that are extra also turns into a sticky wild and players can win up to 300x their total bet placed. Enjoy our free slot games!