Online slot games really can take you back in time to any era imaginable, with Viking slots and ancient settings being a regular choice of theme for slot game developers and players alike.

Those who love to play free slots or play slots for money, can pick from a wide range of themes and it’s an exciting part of the genre of gambling game, four sure.

Those who choose to play 88 Fortunes will be playing a game with Chinese theme that draws inspiration from ancient China and Chinese culture, m focussing on aspects such as luck as it provides a colourful and vivid depiction of an online slot game.

Free slots, no deposit required, rarely come as detailed as this one and those playing for real money can hope to win up to a thousand times their stake thanks to the hefty jackpot here in 88 Fortunes - learn more.

Online slot game developers are a very important part of the online casino industry and as such, it is always worth knowing about them before choosing which of the many free slots and paid slots to play.

88 Fortunes was developed by Bally Technologies who, despite not being one of the most running slot game developers in comparison to the likes of Microgaming, already have an impressive catalogue you can play slot games and other casino games.

From a Bally game, you can expect a great emphasis on the visual side of the game and better still, some bonus features and playability across all major devices.

Bally games are always made available across tablets and desktop devices, which helps make them the wonderfully accessible pay by mobile slots games that they are. 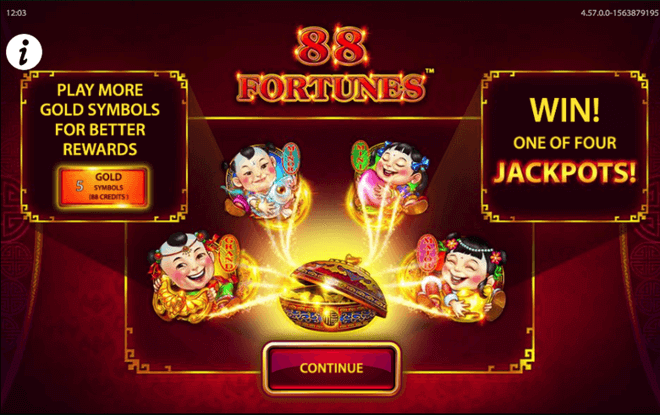 88 Fortunes is a Chinese themed slot game and as such, expect to see lots of vivid reds and golds on the reels and behind them as you spin and hope to win in this well designed video slot machine.

The game uses the popular layout of 5 reels and 243 ways to win, making for a lot of variety in ways you can win but also a familiar set up that regular online slot players will be able to pick up quickly.

The number 88 plays a key role with bets starting from 88p and going up to £88. This is because the number 8 is considered lucky in Chinese culture and therefore, you are going to want to rely on lucky symbols such as this as the game plays out.

88 Fortunes is not on short on bonus features which will be something that scores well with players of free slots and more, offering different ways to play and win.

A progressive jackpot will be considered to be a bonus feature by some, especially by those who land it, while the Fu Bat feature is joined by a free games bonus as well. 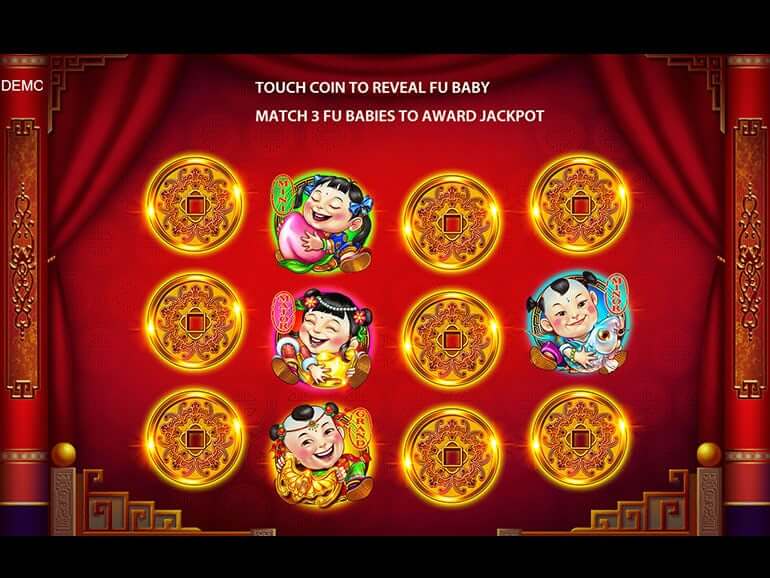 The Chinese theme slot game is a popular choice and not without reason. A big jackpot and chance to win even bigger than that is a big attraction of 88 Fortunes.

You might also want to try a different game, check out 3 Blind Mice at Thor Slots today.