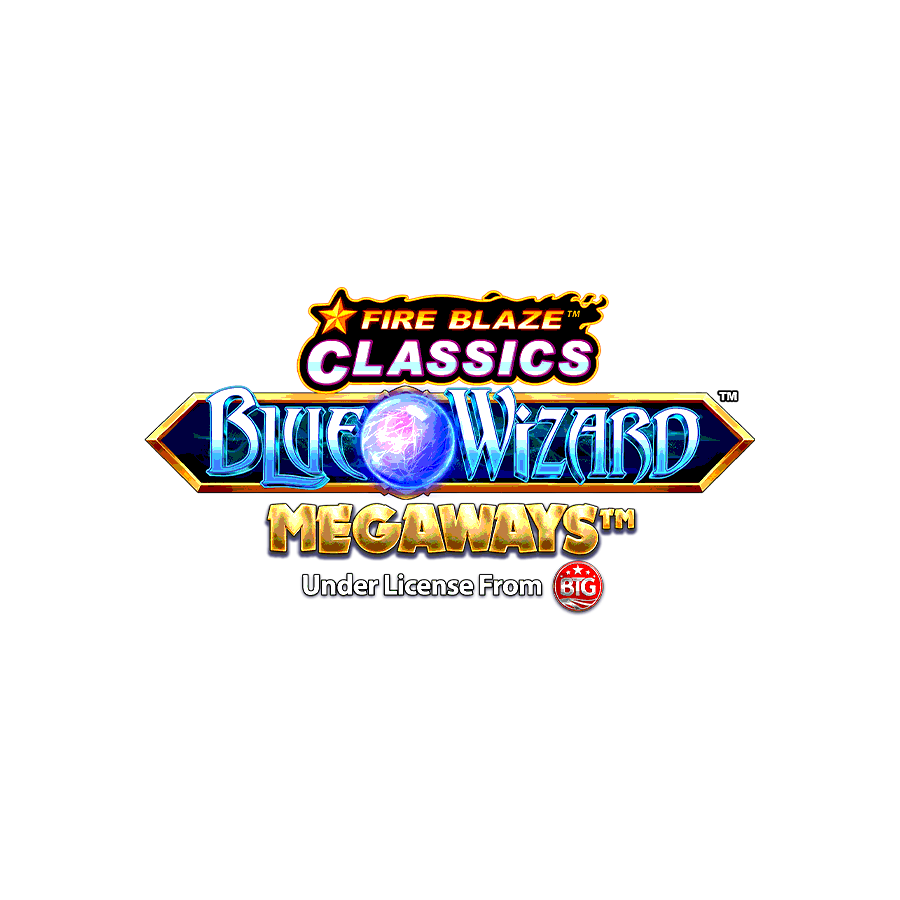 Playtech has recently acquired Big Time Gaming’s license and incorporated the Megaways mechanic in several of its free slot online. The latest one is Fire Blaze: Blue Wizard Megaways. The Megaways version of the game is an upgraded version of the popular original by Rarestone Gaming.

The Megaways gaming mechanic was first introduced by Big Time Gaming in 2015. Since then, several gaming developers have been trying to acquire their licenses to incorporate the gaming technology into their own slots. Megaways, simply put, increases the number of paylines in a game from an average of 30 up to 200,000!

Does the Megaways gaming mechanic change the gameplay entirely? Or did Playtech retain some semblance of the original game? The answers to both questions lie below. For now, all you need to know is that Blue Wizard’s gameplay features an average RTP value of 96.47%, High volatility, and a chance to win 7,725x the total stake.

Fire Blaze: Blue Wizard Megaways slot game is a collaborative effort between Rarestone Gaming and Playtech. The original gameplay was developed by Rarestone Gaming while Playtech modernized it with the Megaways mechanic. As such, the number of paylines has increased to 12,348.

Have a look at the table below before you play casino games at Thor Slots.

Are the graphics in this Megaways slot Worth it?

You’ll see a castle in the distance and the Wizard’s den at the side of the makeshift reels. The game features A to 10 Royals and Card Suit symbols as the low-paying symbols and owls, cauldrons, and spellbooks as its high-paying ones.

With a magical theme, there’s a suitably mystical quality to the design in the Fire Blaze: Blue Wizard Megaways slot. An eerie and rather haunting soundtrack plays in the background with special effect sounds each time a winning combination is made. The graphics and the soundtrack come together to deliver a magical atmosphere.

Fire Blaze: Blue Wizard is accessible to players to gamble on via any form of media. Be it a desktop computer, a laptop, a tablet, or a mobile phone. Since Blue Wizard Megaways mobile features a rather smaller Megaways slot reel, the game can be played in high resolution on mobile phones.

Does Blue Wizard Megaways have an easy Gameplay?

The Megaways engine might have seemed complicated back when it was first introduced, but today it’s one of the most common and sought-after gaming mechanics to have in slot games. Typical of every Megaways slot game, the number of paylines is increased from an average value of between 25 to 30 paylines to 12,348.

Fire Blaze: Blue Wizard Megaways takes place in an eerie and mythical landscape with a 5-reel slot mechanic for players to win big on. The betting values can be set between the minimum value of £0.10 to the maximum of £250. The bet values can be changed in the betting table located at the bottom left of the screen.

The minimum number of Megaways is 108 but if all 5 reels contain the maximum number of symbols, you’ll have 12,348 Megaways. Unlike many Megaways slots, cascading reels are not used here. When a spin is complete, that’s it, regardless of whether it’s a winning combination or not.

Wins are created by landing 3, 4, or 5 matching symbols on adjacent reels. The game features several symbols categorized as either low-paying or high-paying ones.

The sorcerer or the wizard acts as the game’s wild symbol. It can substitute for any of the symbols in the game to create a winning combination. Other premium symbols include lightning bolts and crystal balls that can trigger extras and other bonus features.

Where Can I Play the Blue Wizard Megaways slot Game?

Players can access a range of slot games based on several themes, symbols, and payouts on Thor Slots.

Thor Slots is an online casino that has over 500 slot games from leading developers across the world.

And you’ve successfully joined the raid! Now you can access a world of slot games of all types, sorts, and themes. New players earn a chance at winning up to 500 Free Spins (Full T’s and C’s Apply).

Are there any Free Spins and Bonuses Available?

There are a total of three bonus features in the game. These are:

All in all, the Blue Wizard Megaways slot game is a 2021 sequel to the original Blue Wizard slot game developed by Rarestone. The game is pretty standard in terms of payouts and prizes. However, if we consider the fact that Rarestone produced this game in association with an online gaming giant such as Playtech, there could’ve been more features developed.

Another great title to play is the Aztec Temple Treasures slot, available here at Thor Slots.