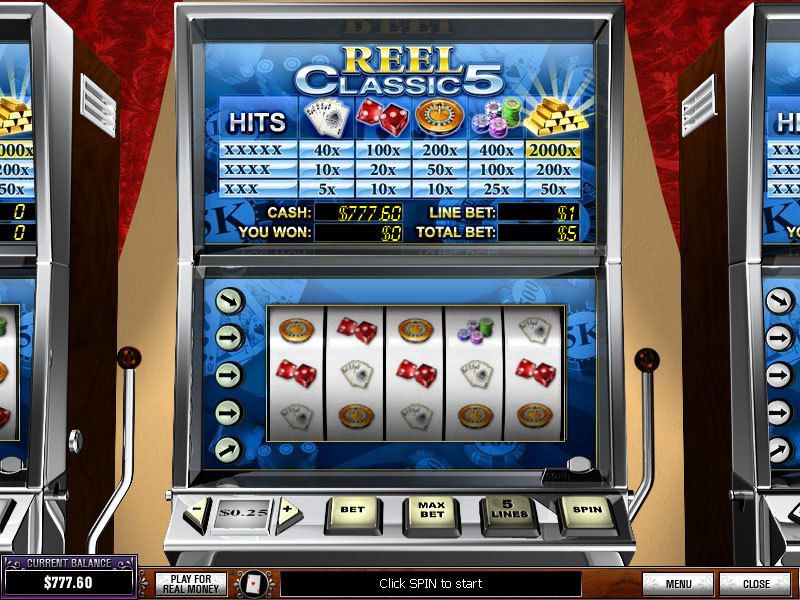 New players might not be as familiar with a lot of the variations when it comes to freeslots games. One difference that is often overlooked by gamblers is the slots reel size. This aspect can massively dictate what type of slot game you are playing; for example, more reels can mean that larger wins are on the horizon.

It is especially true of five-reel slots, a format that is popular across online slot sites. These five-reel games increase the number of symbols needed in a pay line; therefore the variety of ways to win is larger.

Read on to learn how these five-reel slot games work and what you need to know about the format, before you access over 800 5-reelers on Thor Casino!

What are five-reel slots?

Online slot games uk are made up of a series of reels and rows. A reel is comprised of a vertical block that houses the slot’s symbols; these reels line up adjacently across the main screen. The player needs to spin these reels to try and match up identical symbols across a pay line, or row.

In a five-reel slot game, players will need to match up three, four or five identical symbols across adjacent reels, going left to right, and the pay-out amount is increased with the more symbols in the line. The wager amount also dictates this pay-out.

As you can see, the volume of wins is increased with the more reels in the game.

Where can I play 5 reel slots?

The only way to truly understand the difference between slot games is by trying them yourself at Thor Slots. This online casino features tons of video slots with a variety of gameplay modes, including the popular five-reel slot.

Explore the website and see what type of slot game becomes your favourite. However, new players will need to register before they can play the slots. To sign up to Thor Slots, follow the process below:

New players can also use this initial deposit to participate in the Thor Slots welcome offer. This bonus allows the player to spin the Mega Reel for a chance to win up to 500 free spins on selected 5-reelers (full terms and conditions apply).

Now that we understand what the five-reel slot is, what ones should you be playing?

As mentioned previously, five-reel slots are the most popular design of online video slots. Therefore, players should have no difficulty in finding a game they enjoy at Thor Slots.

However, we have compiled a list of some of the best five-reel slots to get you started. These slots include:

The Dog House is a five-reel slot with twenty fixed pay lines. This slot is a simple game with a cartoon aesthetic, with all five-reels being housed within a large dog house. The symbols are comprised of animated dogs, with different breeds yielding different pay out amounts. The player needs to match three or more of these breeds across a pay line on a spin to win. For example, the highest pay out comes from landing five of the Doberman symbol, and it is worth 37.5x the player’s stake.

The dog kennel symbol is the slots wild, and it appears across the middle three reels. Land this in a line for an additional multiplier boost, or land the scatter symbol three or more times to trigger the free spins round. The Dog House slot from Pragmatic Play is a nice first step for players new to the five-reel set-up.

The Starburst slot game from NetEnt is a firm favourite among video slot fans. The five reels are set against a space background, with players needing to line up three or more identical coloured gems across a pay line to form a win.

Again, this is another simple slot, but this time, there is low variance. This variance level means that players will likely land wins frequently, but the symbol worth will be low. Starburst is a great time for an afternoon of low-stakes slot gaming. However, the Starburst slot does not have any bonus features to break up the main gameplay. This can make it quite repetitive.

Thunderstruck 2 is a perfect example of a heavily themed, five-reel slot game. Developed by Microgaming, the slot is based on Norse mythology, with the symbols taking the shape of Gods. You will find all of the familiar favourites, including Thor, Odin, Valkyrie and Loki, whereas Thor’s hammer is worth the most at 6.66x the stake for five across a pay line.

The betting range is kept small in Thunderstruck 2, allowing players to be between 30p and £15 per spin. But the wagering isn’t why players like this video slot. Thunderstruck 2 has a slew of bonus features to engage in, including free spins, wild transformations and rolling reels.

As you can see, five-reel slots can still provide a ton of variety in their gameplay. In addition, there are still some other features prevalent in five-reel slots we have yet to discuss.

The symbols are the most important part of any slot game. However, a few other bonus symbols are prevalent in larger slots, like the five-reel game.

These symbols include the wild. A wild symbol acts as a substitute for regular symbols. This means that it can take the place of a symbol to finish a pay line or land adjacent to extend it. For example, three identical symbols that land next to a wild will often count as a four symbol pay line.

A scatter symbol is mostly used to trigger the bonus features. Most five-reel slots will ask the player to land three or more scatters on a single spin or in a line to activate a certain feature. Doing so normally results in a free spins round, but the limit is only found in the imagination of the developer. Bonus features are common among five-reel slots, but that isn’t the only commonality.

Five-reel slots are all unique in design, but good players will notice the patterns that each one tends to follow.

A five-reel slot is more likely to feature a medium or high variance level. It stands to reason given the number of symbols and rows are higher, which means the possible number of combinations is increased. A variance level is used to determine how often a player is likely to land a win. The higher the variance, the more likely it becomes. Of course, there are outliers, look at Starburst’s low variance, for example, but most five-reel slots will feature a higher type of variance.

The average RTP rate for online slots in 2021 is 96%, calculated across 1,000,000 spins. You will find that five-reel slots often sit around this RTP rate. The RTP rate suggests how much of our overall deposit is likely to be returned throughout a game. For example, a slot with a 96% RTP will, on average, yield £96 for every £100 deposit.

Five-reel slots rarely go above this RTP rate and will usually only fall to a low of 94% or height of 97%. Other stats, like the betting range and max jackpot, are harder to determine and can fluctuate wildly. Still, the best slot players always check out the stats before playing. It is also an important move in five-reel slots.

The five-reel slot is incredibly popular among online casinos; however, they weren’t always the norm. They once started out much smaller, and some changes to the traditional slot formula have even meant that slots have grown bigger. Let’s take a look at the other types of slots to see what differences we can find.

Slot games started out as physical machines found in a land casino or pub. These traditional slot games are often referred to as fruit machines and featured three reels instead of five.

These three-reel games were simple to understand and did not feature any of the bells and whistles you often find in online slots. A wild symbols was the height of variety.

Developers were limited by the technology of the time; therefore slots were kept smaller with larger prizes given out sparingly. Players need to line up two or more identical symbols across a pay line to achieve a win; however, the variance is likely to be lower here, as there are fewer possible combinations. The average RTP rate is also closer to 89% in these types of slots, and they rarely feature any bonuses.

We’ve looked to the past, now let’s look at the future of slots. Megaways slots are online-only variations to the classic formula and are most often six-reel games. The Megaways mechanic changes the symbol height on the reels during every spin. This means that the number of combinations of symbols is higher, leading to more ways to win. This number often sits around the 117,649 mark.

With six reels, the player will need to match up to four or more identical symbols across a pay line to win a prize. As a result, the variance in Megaways slot is likely to be high, as is the RTP rate. The number of bonus features and themes are kept similar to five-reel slots, but the max win amounts are kept lower.

The random shifting of symbols is only possible thanks to the digital format. Therefore, it seems that online video slots will determine the way slots are played from now on. A strong example of this fact can be seen in the new ways to play.

As times change, so does technology. For example, the smartphone was released in the late 2000s, and it is estimated that almost 80% of the British population owns such a device in 2021. This means that this percentage of people can access the internet whilst on the move, and therefore, can visit any online casino they wish.

It seems that the general public is taking advantage of this fact, as almost 75% of all online gambling now takes place online. This means that casino sites have needed to adapt alongside slot developers. In fact, most five-reel video slots now run on HTML5, a new way to optimise slot games for a smooth performance on both desktops and mobile devices.

What’s more, online casinos like Thor Slots have created their own apps for quick access to their slots. For example, the Thor Slots mobile app can be downloaded on both IOS and Android devices.

Getting Ready for Real Money Gambling with Demo Slots

The gambling aspect of slot games is serious, and you should learn all that you can before playing. One way to do this is by playing the demo version of the game. A demo slot does not take a real money deposit to play, and you can use it to familiarise yourself with certain patterns in five-reel slots.

You cannot win real money prizes from a demo slot; they act more like a tutorial for new players.

The five-reel slot is now a staple of online slot sites. It provides a perfect balance between serious gameplay, and there is no limit to the number of themes. The bonus features are always a nice addition, and there is a five-reel slot out there for any type of player. See if you can find your new favourite at Thor Slots today.