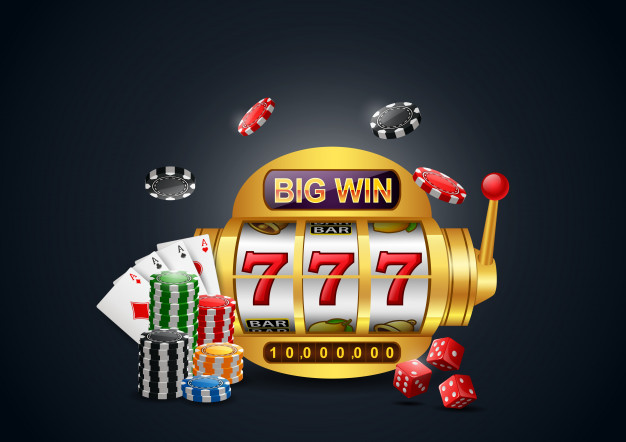 One of the greatest things about the online slot game scene of today is the incredible amount of choice that faces gamers when they decide they want to play an online slot machine. We are now far removed from the simple fruit machines that can be found in pubs and clubs and service station casinos, as with online slots, there is a whole world to be explored with games ranging in different themes and styles.

At Thor Slots, a popular provider online slot games and more, you will be able to find wonderful themes from underwater adventured to fluffy stuffed animals to, of course, the viking slots that this casino is known for. Taking you back in time to the fascinating viking era where these powerful armies of well haired vikings would travel from land to land, the slot games really capture great elements of history and action and adventure to carve the narrative of some great slot game fun. The online slots Viking family is certainly one of the most popular ongoing series or collections of slot games out there and at Thor Slots casino, they are truly at home.

Here we will be taking you through the whole family of viking slots, looking at older titles and newer ones and giving you the low down on what is good about each one. We will be sure to touch on aspects such as betting margins, free spins and bonus features as we take a closer look at each. All of them are packed with great graphics and a sense of fun that is the perfect accompanying entertainment as you try your hand at winning big at Thor Slots.

About the developers of these Viking Slots

As these slot games are not all from the same series, there a number of different developers involved in our list of Viking slots. From these, you will realise just how important the developers of online slots are as it is these innovative brands who are setting the bar for online slot machines so very high. It is the likes of Eyecon, Microgaming, Playson and more who release games so regularly, with the graphics and gameplay of slot games and other casino games always improving.

Most developers have now truly mastered the art of making their online slot machines available on all major platforms and devices so you can expect to play all of our viking slots on your smartphone. Mobile gaming has truly been on the rise for around a decade now and has proven to be one of the most popular ways to play thanks to the great accessibility and portability it allows. This, again, is down to the hard work of the developers that provide online casinos like Thors Slots with so many games for you, the gamer, to choose from.

Without further delay allow us to get into the list of our favourite Viking slots at Thor Slots, as we track through time to go back to a fascinating era and in doing so, find some fascinating ways to play and hopefully win on some online slot machines.

Viking Gods is one of the most popular viking slots there is and not without good reason. Developed by Playson, this game has some exceptional graphics that capture the imagination and keep players coming back for more. With 5 reels and 15 pay lines, Viking Gods is a fairly simple online slot game to play but this only makes it a more accessible and enjoyable game for players of all levels of experience.

Those playing this game will be able to do so from 30p per spin and the high rollers among us will actually be able to bet way more. You can wager up to £105 per spin on this online slot game, making for high wins along the way. There are four bonus rounds to work with in Viking Gods, too, with Thor and Loki playing a role in these bonuses. Expanding wilds and free spins are up for grabs in this action packed online slot machine, as well as sticky wilds that stay in place as you spin, increasing your chances of triumphing in Viking Gods.

A game played in the elite company of Viking Gods, themselves, this is a really popular slot machine with top of the range graphics. A jackpot of 500 keeps players interested for sure, but the chance to win more thanks to great bonus features is the main appeal of this wonderful slot game.

Viking Fire might not be as well known as the above Viking Gods, but is another really top notch online slot machine. Developed by Lightning Box Games, the game is more of a cartoon take on the viking themed slot game and as such, has more of a lighthearted and jovial feel to the game. The almost retro looking nature of the game is quite charming and the HTML5 design of Viking Fire allows it to excel on all devices from mobiles, laptops and tablets.

There are 5 reels once again in this slot game but more pay lines, with 40 pay lines to be used for your wins here. This game also has one of the largest betting ranges of casino games that you will find at Thor Slots or elsewhere. The betting starts here at 50p per spin which is a fairly humble opening offer, but if you are the highest of high rollers, players can bet up to £1250 per spin on Viking Fire. While encouraging players to gamble responsibly, this option to bet in a way that suits you and your budget must be seen as a great appeal of this viking themed slot machine.

The jackpot of Viking Fire is 2000 times your stake. You do not need to be a great mathematician to work out that there are some chance to win huge money here as a result of this large betting margin and large jackpot. Look out for the one bonus feature in this title, too, which offers the chance to win free spins.

A lively take on the viking themed slot game, Vikings Go Berzerk is as action packed as it’s name suggests. Developed by the very popular brand that is Yggdrasil, the graphics and animations in this title are truly extraordinary. The main characters’ eyes light up in a chilling way and this is what welcomes you to the game, would you believe!

There are no less than four bonus rounds in this video slot game where the betting range is even larger than above. The top bet is £1250 once again, but the betting starts at 25p per spin which opens it up to smaller budgets, too. The jackpot of 250 is a good offering once again, but much of the main joy in Vikings Go Berzerk can be found in the bonus game and added extras. Berzerk mode for example will see the viking defeat a sea monster and turn wild, allowing you the chance to win bigger. There is also a rage meter to the side of the reels which will fill up for extra features.

Vikings Go Wild is similar to the above and is the prequel from Yggdrasil. The graphics are slightly less intense than the above and, rather than going completely berzerk, the vikings just go wild in this slot. That is not to say that it does not offer some action packed viking themed slot game fun, though, with various ways to win big on this 5 reel and 25 pay line slot machine.

The jackpot is set at a hefty 250x your stake and betting starts at a very accessible 25p per spin. As you would expect from Yggdrasil, the graphics are great and this game looks superb no matter how you play it.

The first of a sequel of games, Thunderstruck is well in keeping with the trend of viking slots being packed full of action and adventure. Named after an ACDC song, though probably not intentionally, Thunderstruck has 5 reels and just 9 pay lines for players to work with. This super simple layout means that the game is a classic feeling slot that you would expect to see down the pub, perhaps. That said, great graphics and this well explored theme certainly takes you a lot further than the Dog and Duck.

There is a huge jackpot of 10000 to chase on Thunderstruck, proving that sometimes simplicity is best.

There are no less than eight bonus rounds in total to work with in Thunderstruck, ranging from free spins to multipliers and beyond that are there to help you reach the big prizes. Once again, this viking themed slot game is readily available to play at Thor Slots via phone casino, tablet and mobile.