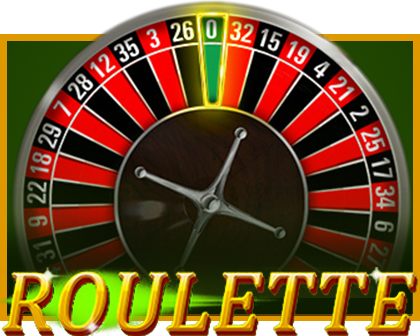 Roulette is believed to be one of the world's most popular wagering games both for land-based and online casinos. Despite the fact that it is one of the planet's oldest casino games, the love people have for it is yet to diminish as more players are getting interested in playing roulette now more than ever.  Let us take a look at how this love story was birthed as we journey back in time to discover the history of roulette and the roulette wheel. Remember also, that your favorite slot games are available at thor slots.

As you may have guessed right, the word Roulette Wheel is of French origin, so the majority of historians credit the birth of this popular game to France. Literally, the word "Roulette" translated in English would mean a little wheel.  However, the credit of the invention of the French roulette that is now a part of the three popular types of modern roulette, is solely reserved for Blaise Pascal. Despite this, there are several instances that relate the game of roulette to an already existing game of that era known as "Roly Poly."

Both the game of Roly Poly and Roulette share a similarity in the form of a spinning wheel to get their results. Blaise Pascal, at the time, was an inveterate gambler and was quite privy to the knowledge of a mechanical behind constant spins, and he used it while forming his roulette wheel!

In 1842, when it was officially made illegal for people to gamble in France, a pair of young entrepreneurs known as Francois and Louis Blanc saw the need to provide their services to casinos that operated in other countries.  For the skills and expertise the pair had in gambling, they were lucky enough to get hired by the owner of the popular Monte Carlo casino. They not only introduced the roulette wheel as a part of the gambling game options but also made some changes, which made it more interesting for the punters and worthwhile for casinos.

French refugees also played an important role in the expansion of this game as they ensured to take it to their adopted countries in various parts of the world, especially in the African and Asian colonies under their rule.  History also has it that the game of roulette got to the shores of the United States of America via these immigrants.  The first version of the game, which was adopted by casinos in America, was the French type, which had a single zero on its wheel.  With the casino operators seeing a need to get more advantage in their favor, they chose to make an Americanized version of roulette, which had an additional double zero.

And not only that, besides phone slots, roulette is also available on mobile casinos.

Today Roulette and all of its variants have become an integral part of the land and online-based casino games.  With the option of the online roulette version, there now a new trend in the popularity of this game as more people can play it in the comfort of their homes when they visit sites like Thor Slots.

Last Notes on the history of roulette

Despite how old this game is, you'll find it interesting when you play with Viking slots. Also, remember to look out for free slot games no deposit that may be available.