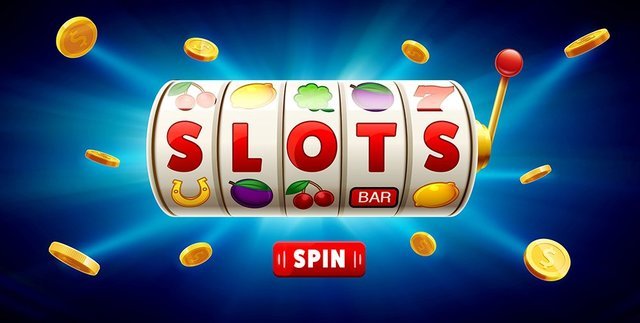 Hidden bonuses are some of the best parts of playing online slot games.

Most of the time, the bonus features are the main way that players will maximise their money and leave a slot feeling satisfied from a productive day of betting. Some slot games are light on the bonuses, and make up for it by trying to make the main game as interesting as possible.

Whether it’s through free online slots spins or exciting mini games, at the end of the day bonus features are fun more than anything else. They’re a way for slot games to stand out from one another, which is hard given that they all have the same game mechanic.

What free slot games with bonuses should you be on the lookout for? Thor Slots did some research to present you with some of the best options on the online casino market. Read below or learn more about online slot games here today!

Naturally, this slot game will appeal more to fans of the Street Fighter franchise. If you are, then that’s fantastic. Even if you spent your childhood or adolescence playing outside like your parents begged you to, it’s indisputable that Street Fighter II comes absolutely stacked with bonus features.

Yes, Street Fighter II slot has an arcade game feel to it which differentiates it from most other slot games and keeps things fresh. More importantly, there are bonus features WITHIN some of its bonus features! Bonus-ception!

The Beat the Boss bonus feature for example comes with levels against progressively harder bosses that reward you with bigger multipliers as you beat the levels.

The Wild Combo feature has eight different permutations depending on which character you pick, and the Car Smash bonus lets you smash a car – something you don’t know you need until you get the opportunity to do it.

On top of the bonus bonanza, many of the classic characters from the game including Ryu, and Ken  feature in this slot, bringing the nostalgia back to you in a welcoming wave.

As impressive as that is, the bonus features contained within the game take it up a notch. Along with the multiple opportunities for free spins, the Rise and Dawn bonuses reward players depending on what symbols they have on the reels.

On top of that there are two further mini bonus features which show off their stacked wilds! Wrap that much bonus potential in a beautiful looking game with a 96.33%RTP and its easy to see why this game is so highly rated.

It’s a NetEnt hat-trick as yet another title makes the list in the form of Guns n’ Roses video slot. It’s another slot game that relies on the player being a fan of the real life franchise it’s based off, but once again even if you prefer classical music, you can find a bonus feature in this game that you’ll love.

You even have the pageantry of spinning a special bonus wheel to determine which of the three bonuses you receive – the Encore Free Spins, the Crowd Pleaser Bonus or the coin win. Add on to that the Appetite for Destruction Wild (what a name) that triggers bonuses, as well as the solo multipliers and the Legend Spins then your cup runneth over with bonus potential.

It goes without saying that the game is visually stunning as well, so you’ll have a lot of content to keep you occupied for as long as you desire.

Count them. Not one, not two, not three, not four, but five bonus features to sink your teeth into – as soon as you can get the theme song out of your head.

The Crack the Pink Code bonus gives out free games with either multiplier or expanding wilds. The Little Man in The Colour Pink bonus bags you a multiplier of your total stake.

The Wheel of Pink bonus offers cash prizes and multipliers, and the Pink Trail bonus lets you claim your prizes or risk them all for bigger rewards. IF all of that isn’t enough for you, then the Jackpot Adventure takes you on a journey towards two progressive jackpots! The plethora of bonuses within this game are nothing short of epic and it also comes at a mobile slots version!