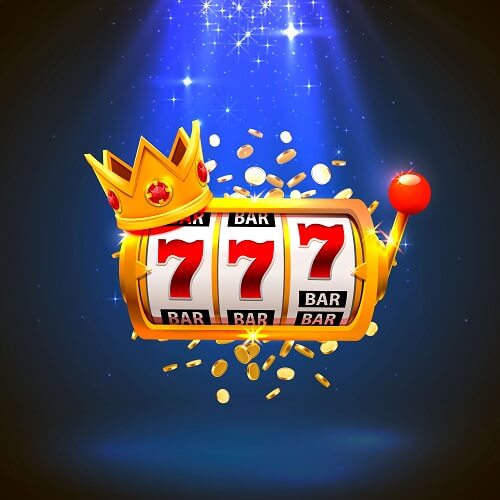 Those well versed in the world of free slots machines will already know the extent of great slots there are to choose from across online casinos. At the likes of Thor Slots, there is the chance to explore a whole wide range of different styles and themes, from viking slots to the cute and cuddly fairground slots that we will be exploring here today. Tracking one of the most iconic series of slot games ever made, this range of free slots no deposit required has become beloved by the many people who make up the online slot game community of today.

We are of course talking about Fluffy Favourites, as the cute themed slot games has evolved and evolved over time into various different games that each have their own features and aspects of gameplay that have helped the series develop nicely over the years. From these slots you can expect cuddly studded animals, clever bonus features and great graphics, making them really engaging games that work across all major platforms. Therefore, you can enjoy these free slots or paid slots on mobile, tablet and desktop devices, depending on what suits you the best.

Eyecon: The Developers of Fluffy Slots

The Fluffy Favourites series was the creation of Eyecon. Slot game developers are a hugely important part of the modern online gaming industry and these brands do exceptional work in innovating the genre of game every time they have a new release. Once a humble fruit machine in the corners of pubs and clubs, the slot machine has flourished online and this is largely thanks to brands like Eyecon.

Eyecon develop all the games in the Fluffy Favourites series and as such deserve great credit for their vision. The level of consistency is remarkable in their catalogue and the six additions and counting of Fluffy Favourites games prove this. Expect a commitment to great graphics and interesting bonus features from Eyecon slot games and other casino titles from them, too. Their games are also available on our Viking phone casino version, so get spinning from wherever, whenever.

We start our look at the Fluffy Favourites series with the most obvious place to begin, with the original game that started it all. Fluffy Favourites was released a long time ago now but has stood the test of time and still gets played regularly today. With 5 reels and 25 pay lines, it uses what has become a pretty standard and simple gameplay lay out and this is one reason as to how the game has managed to be so very timeless.

The original Fluffy Favourites slot offers a jackpot of 5000, with two bonus features to help you get some decent wins, too. The betting starts at 25p in Fluffy Favourites and goes up to £12.50 for those looking to risk a little more. One of the main reasons the game was instantly so popular was because of the great free spins round that it offered, with up to 400 free spins able to won thanks to the chance to win free spins using your existing free spins.

It was for this game that the characters of the game were first introduced, with stuffed animals such as the iconic pink elephant meeting us all for the first time. The game is of course inspired by stuffed toys that you can win at fairgrounds and on those little arcade machines, making up for a perfect fairground themed slot game.

One big difference though was the size of the jackpot on offer, as it was greatly increased to add a further sense of excitement to the action. Scatter symbols and wild symbols were once again added into a slot game that typified the modern online slot machines in many ways, combining aspects of classic fruit machines with modern features like bonus rounds and of course, great graphics. Land between 3 and 5 of the elephants of the screen at once to get the free spins in this game which, as always in Fluffy Favourites slots, are well worth your time.

Most of the symbols in this game offer wins of between 2 and 500 times your line bet, but the the pink elephant works as a wild and a scatter, doubling all win combinations it is part of. So even by the second game in the series of Fluffy Favourites, the pink elephant was proving to be important to the action and the wallets of many players.

Fluffy Too - Why wouldn't you?

Fluffy Too continued the series in style by taking the cute and cuddly fun of Fluffy Favourites to the seaside. With sand and sea in the backdrop and sea air the fur of all tour favourite Fluffy Favourites characters, it was a rather picturesque take on the game. The gameplay was not too different to the previous releases and once again the popular 5 reels and 25 pay lines layout was used to create the base gameplay.

The pink elephant was back and it danced when you win. And you might be dancing when playing and winning this game as well thanks to the chance to win that classic 5000 jackpot. Another great free spins round in this game helped solidify the reputation that the Fluffy games have for free spins and the many advantages that this feature can give. Easy on the pocket and generous with the wins, the 400 free spins on offer in Fluffy Too have proved pivotal for many gamblers who took this seaside take on the popular slot.

The game has the feel of classic seaside arcades expect you will not just be winning tickets and 2ps in this fairground themed game. A coin pusher feature plays on this arcade style a little, whereas a purple hippo manages to better the pink elephant in terms of what it offers players. 5000 coins to spend however you pleases the prize of landing this character 5 times on the reels.

As the name of Fluffy Favourites Jackpot suggests, this is the game to play if you are looking to combine cuddly toys with the chance to win a really big jackpot. In terms of gameplay, there is nothing too different between this game and the rest of the series. However, the chance to win exceptionally big is the main motivation for the many players who choose to play this one at Thor Slots.

The excitement of the jackpot rivals the viking slots that they offer, with cuddly toys giving ancient warriors a run for their money… literally. This game is playable on all major devices meaning that you could win the big jackpot while waiting for a bus, playing slot games on your mobile phone.

Another game that has a big clue in the name in regards to it’s gameplay, Fluffy Favourites Instant brings a fresh bonus feature into play. The reels are much the same with 5 reels and 25 pay lines to work with in this, yet another jewel in the Eyecon crown.

The graphics are the same old cute and cuddly style that we know and love and our loyal companion, the pink elephant is on hand to help us win free spins. The instant wins round is what is particularly unique about this slot, though, with the pick me style feature working as a theme relevant fairground theme addition to the game. After all, the whole Fluffy Favourites series is based on those games where you pick a cuddly toy for yourself.

And fittingly, the game is not quite as simple as that as you much earn the right to play this bonus feature thanks to using the wilds and scatters available to you.

Fluffy in Space - Eyecon made it.

We have already taken the cuddly toys to the beach so, why not take them some place else? Just in case you thought the fairground theme was getting a little limited, Eyecon took the game to space for something of a novelty version of the overwhelmingly popular slot machine series that is Fluffy Favourites. With such a loyal fanbase, it is no surprise that many players have followed the toys all the way to space for this cyber-cuddly slot game treat.

Two different free spins round mean this game is more than just a gimmick, though, as rockets symbols meet the cuddly crew on the 5 reels of this slot. The graphics are right up there as far as games in this series go and the jackpot is a whopping one that is truly out of this world. £93,750 can be won from a spin on this game, made possible by getting 15 of the Nellie scatters during the Fluffy In Space bonus feature.