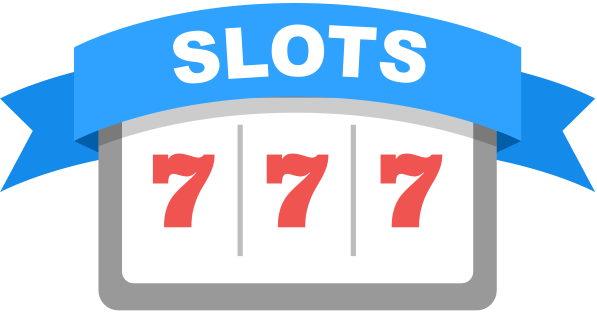 The main objective of playing online casino games – or any games for that matter – is to have fun.

Sometimes that fact can get lost whilst playing online slot games. The desire to win money can take centre stage over everything else, and people can forget about the fun of playing the game. In fairness, winning money is fun for some people and understandably so.

However, the nature of slot games makes it impossible to win money every single spin, and the odds are that you’ll lose more money than you’ll make overall. This is where free play slots come into play. People get all the fun of playing a slot game, without the risk of losing any money – everybody’s winner.

So we hear you ask, what are some of the best free play slot games? Well luckily Thor Slots has done the research to help you answer that question with free online slots!

This is one free slot games online that you’re going to come across quite a lot in online casinos, and its easy to see why. Released in 2010, this slot game is still one of the most popular online slot games on the market, which isn’t bad at all after a decade.

You join Gonzo on his quest (see what they did there) to find the fabled city of El Dorado on a hunt for treasure, and you have just as much fun as he does along the way. Like a lot of NetEnt titles, the graphics are sleek and polished, adding real production values to the slot game.

Playing the demo version gives you a good feel for what’s to come in the main game as you get your head around the general gameplay. You’re still able to trigger both the avalanche bonus feature and the free falls feature without risking a single penny, and the time will just fly by while you’re doing so.

Street Fighter 2 game is such an incredible adaptation of the console version that you’re almost guaranteed to have fun whilst playing it.

That may be dependent on your love of the franchise. Who would realistically turn down a chance for a reunion with Ryu, Ken, Zangief and the rest of the gang?  However, even if you’ve never played Street Fighter before in you’re life, this game is such a breath of fresh air that you’ll be able to find something you enjoy.

It feels so different to regular slot games, and much closer to the type of arcade game you’d find next to a 2p machine. There’s an extensive roster of classic characters to choose from, and even some of the gameplay features focus more on the fighting element of the game rather than the slot game aspect.

At times its easy to forget that you’re playing an actual slot game – it’s always nice to freshen things up every once in a while. It feels closer to an actual console game than a free to play slot game at times, which is incredibly rare for games of this type.

There also happens to be an insane amount of in game bonus features that have the potential to keep you occupied for hours.

Pixies of the Forest Slot – IGT

If a slot game was fun to play in a real casino, then surely the online version must be worth trying as well?

Pixies of the Forest was originally a slot game found in Las Vegas casinos before it was adapted to the online casino format, and we’re really glad that decision was made.

The actual game is very easy to understand, which is probably a reason that it’s found such popularity. It’s also incredibly easy on the eye, and we’d expect nothing less from an IGT slot game.

More often than not, the detail in a game’s gimmick is what makes it fun to play, and this is the case with Pixies of the Forest. Somebody worked hard to animate those pixies and they should be enjoyed in kind.

Although it was released in 2012, the graphics and design of the game hold up very well for today’s standards, to the point where you’d be forgiven for thinking that it was a recent title.

Ultimately your individual tastes will be the biggest contributing factor in what slot games you enjoy. Luckily there are literally thousands of options at your disposal, giving you plenty of time to seek out what you like and what you hate.