Temple of Treasure Megaways is one of the free play phone deposits slots that have an Aztec culture at the central. Aztec themed slots have been very popular amongst players since the iGaming industry started making waves.

Aztec was part of the leading cultures of Mexico, which to this point, has remained hugely symbolic of the people. Just like other Aztec culture-themed slots, Temple Treasure Megaways would launch players into the thick jungles of Central America.

The highlight of the free slots game is the Free Spins feature, where you pick from different free spins and loads of guaranteed megaways.

This phone casino can be played on 6 reels, 3 to 7 rows (with an additional row above the reels), and a staggering 117,64 pay-lines. You would get more info joining us below, as you could also play on Thor Slots after that.

Blueprint Gaming – the Developer of Temple of Treasure Megaways

Blueprint Gaming has demonstrated a palpable penchant for the satisfaction of players, as well as value to operators. A developer par excellence, games by Blueprint Gaming can be played in more than 100,000 land-based casinos in Europe.

Below, we present you with some games by this developer, to wit:

You can play the games above and other games by this developer on Thor Slots today. 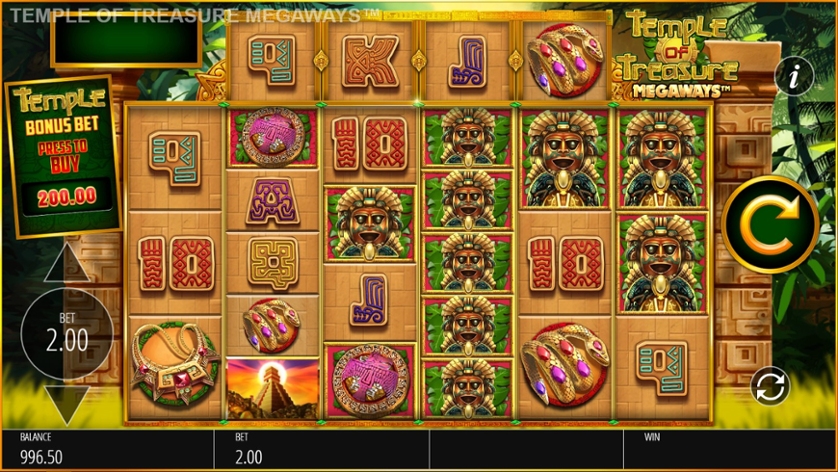 As a megaways slot, you can expect to have action-packed gameplay in Gameplay in Temple of Treasure Megaways. The Cascading Reels feature, which is present in most megaways slots, is a precious sight to behold as it performs its wonders in the base game.

At Viking Casino, you would find that the Mystery Symbol feature presents an awesome platform for you to hone your gameplay for the free spins. The Free Spins feature has much to offer in terms of free spins, multipliers, hundreds and thousands of pay-lines, and extra free spins.

The symbols are Golden Aztec symbol and 3 Golden Gem Stones, as while as card suits such as A, Q, K, J, 10, and 9. The wild symbol takes the position of all other symbols, while also landing on the top reel. The wager here is ranges from 10 Pence to 100 Pound for each spin. You can grab more of the gameplay on Thor Slots when you play today. 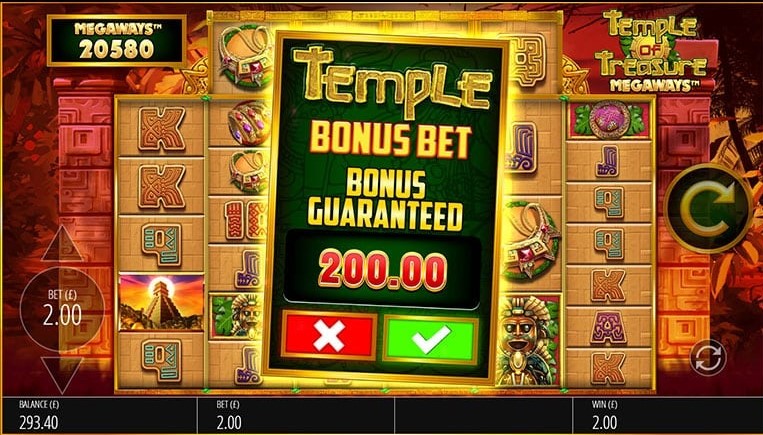 Here, all winning symbols leave the reels, while non-winning ones appear to partake in wins. This is for increased wins on every spin and continues until no new wins are made.

This feature comes on in the base game when special symbols appear on the reels at random. These symbols change any other symbol when they appear or come in contacts.

Re-enabling this feature is possible, which will provide you with up to 10 extra free spins, unlimited multipliers, and payouts of up to 10,000 times your wager. You can trigger the above bonuses on Thor Slots and win massively now. 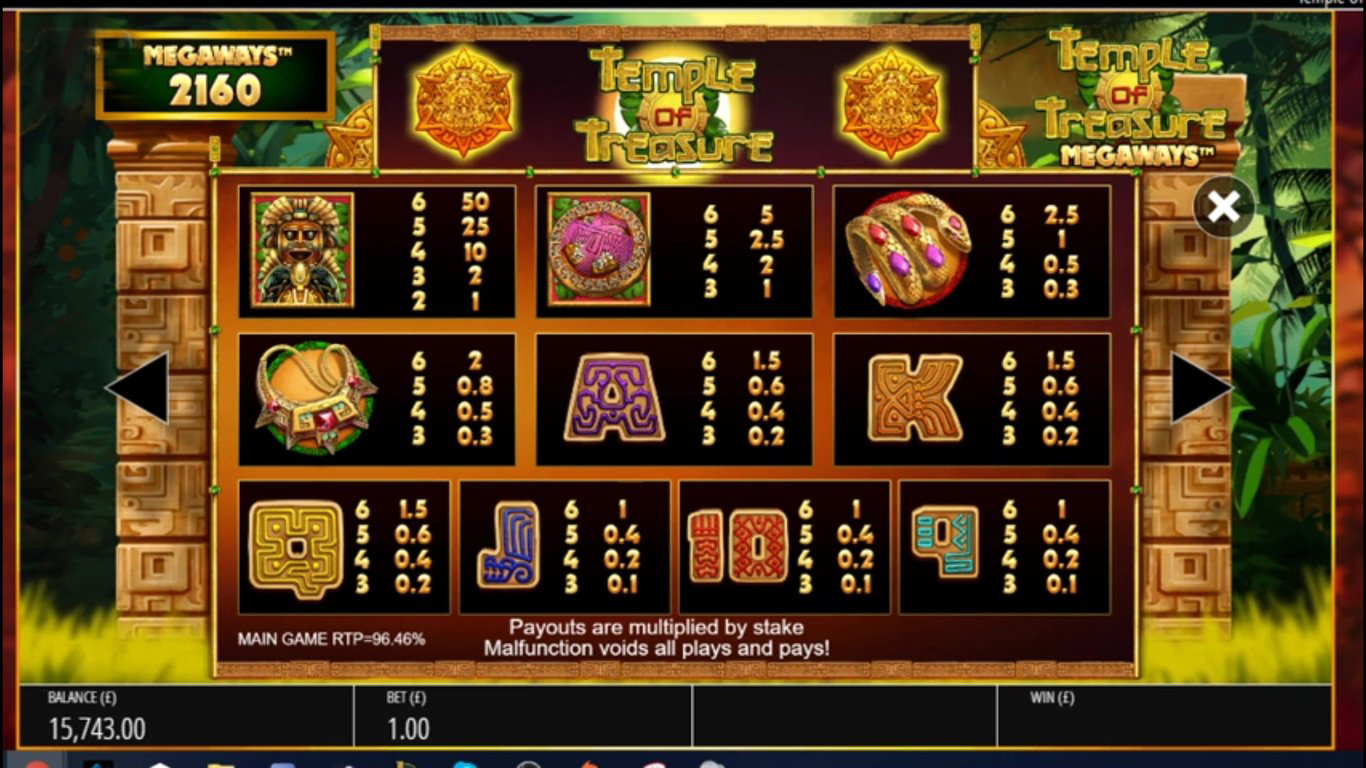 Temple of Treasure Megaways provides a truly scintillating experience with the guaranteed megaways mechanic that changes the face of the whole game. You can win big on this slot and other free play slots like the Temple Quest: Spinfinity slot on Thor Slots today.