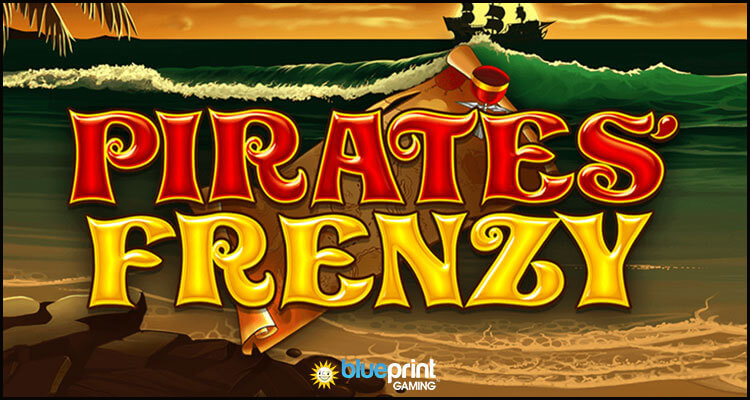 One of the latest games to be released as of 2020 is that of Pirates’ Frenzy. As you may have assumed, and assumed correctly, there is a serious pirate theme to this slots game with all of the associate symbols you would expect to find.

These include bottles of rum, parrots, and of course a pirate or two. Making friends with these new characters along the way may prove useful!

Something fun for you to watch out for during this slots game is the sixth reel so that you can increase your winning potential as well as enhance your potential to gain more free spins as you play. Further, look out for any gold which may appear on your Pirates’ Frenzy reels at any time as you can win an instant cash prize from this and then the parrots won’t be the only thing laughing during your game time.

Aesthetically, Pirates’ Frenzy is rather a simplistic slots game to look at but the stakes are high as you play.  This is one of the biggest draws for players in this game.

For instance, if you can align enough Wild or Scatter symbols at the same time, you could multiply your initial stake by 10,000 and gain a massive, unexpected win. Join today to spin on this game's reels on Thor Slots, and win up to 500 free spins in the process!

How to Play Pirates Frenzy Slot

Despite only being a matter of months old, Pirates Frenzy has already gained a high place in the Slot Rank charts at number 56.

Released by Blueprint Gaming at the very end of January 2020, this is one of the latest games to be released into the online gaming world and it has been an instant hit with gamers all over the world.

Pirates Frenzy slot has a high variance level and an RTP of 96.12%, so gamers will not win often but when they do win, the wins will be of considerable value.

With a maximum available jackpot of £10,000 at stake, there is a great deal to play for on this pirate-themed, 5 reel, 10 payline slots game. Bets can be placed from 40p up to £200 per spin of the reel and you can start playing this slots game on any type of device today.

One of the highest paying symbols in this desert island, pirate slot is that of the parrot, where the more of them you are able to align at any one time, the more your initial stake will be multiplied by. 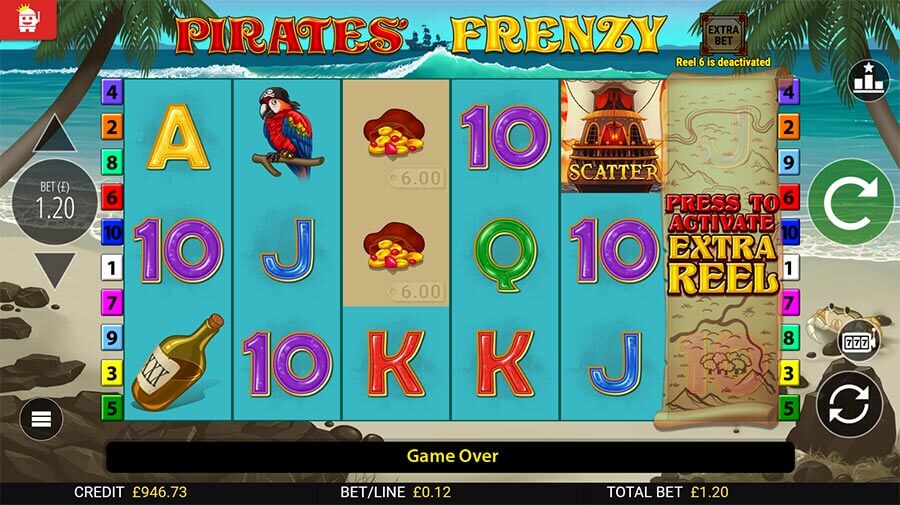 As one of the leading game developers of the UK, Blueprint Gaming has had an incredible amount of success with its free slots casino games. It may be part of the Gauselmann Group, but it has a huge amount of impact as a standalone company.

This is because a Blueprint slot is guaranteed to be a game with an interesting theme, have high-end graphics, and have a good selection of bonus features for players to make the most of as they play. Just like Pirates’ Frenzy slot, as you have understood from this review.

Thor Slots is the place to access real money slots from Blueprint, with our favourite being: 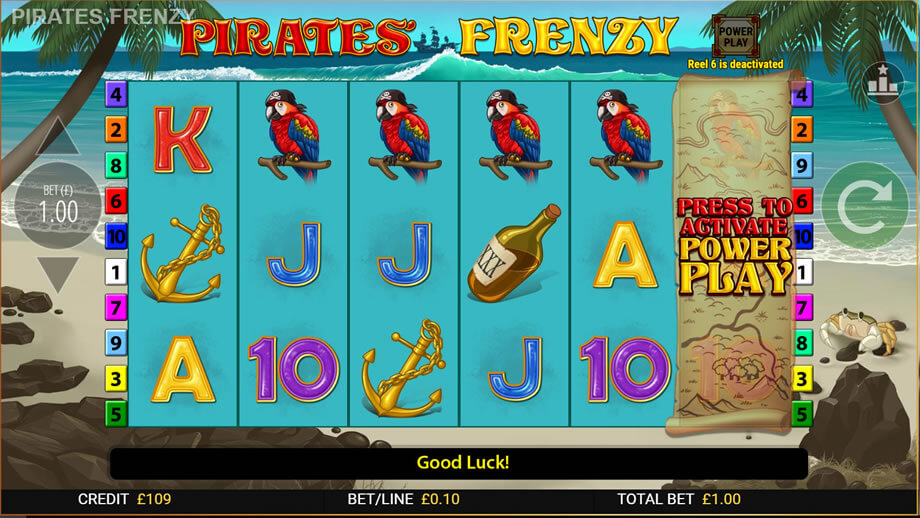 Should you Play Pirates Frenzy Slots?

As soon as you begin to play Pirates’ Frenzy you will see why it has been such a big and quickly successful hit with gamers. It’s highly aesthetically pleasing despite being cartoon orientated in its design and with 50 free spins available for you to win over and over again, there is plenty of scope for winning cash prizes without having to spend a penny.

The parrots, pirates’ ships, and gold coins seem to be the most important symbols in this game as they are the way free spins and multipliers are activated. But you should also try and unlock the sixth reel whenever you can, adding some extra fun to the Pirates Frenzy gameplay. This will drastically improve your winning chances and the amount you enjoy playing the game.

There are not many slots games available online where you can grow your own good fortune, but this is one of them. The sixth reel activation has immediate rewards and will help you to enhance your likelihood of success. Though it does cost you to activate the sixth reel, it is almost always worth doing and will never leave you saying “shiver me timbers!”