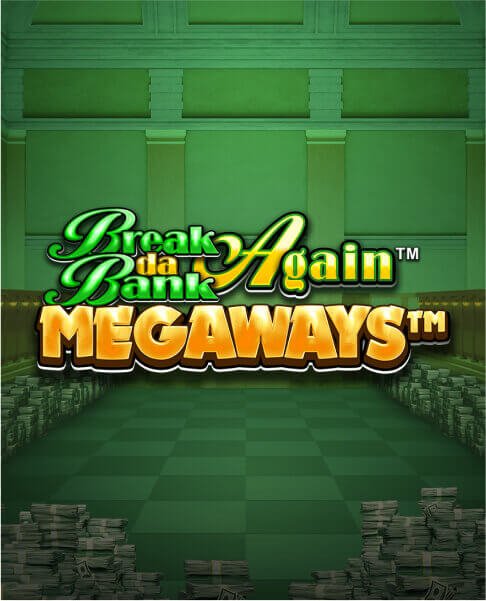 Which begs the question: How has Microgaming elevated Break da Bank Again after eight years?

Notwithstanding visuals and sounds, Break da Bank Again Megaways is an entirely unique free deposit slots game when compared to the original. It’s in the title - Megaways. The Megaways slot mechanic was developed by Big Time Gaming in 2015 and has since been incorporated in hundreds of slot games.

Break da Bank Again features a different gaming mechanic, an average RTP of 96.05%, High volatility, and a chance to win the maximum prize of 24,185x the total stake.

Prepare yourself to dive into one of the most popular themes in the slots game world - crime caper. Simply put, the theme surrounds the concept of collecting money in a game as animated and cartoon characters typically dressed in black and white stripes.

Break da Bank Again features a different gaming mechanic, an average RTP of 96.05%, High volatility, and a chance to win the maximum prize of 24,185x the total stake.

Are the graphics in this Slot worth It?

The setup for Break da Bank Again Megaways is standard and not much has changed in terms of visuals between it and the prequel. The screen loads and players are taken to a 6-reel makeshift slot machine.

This slot is typical of the Megaways gaming mechanic. As such, there is an extra reel located at the top of the screen that spins horizontally above the main reels. There are several symbols incorporated in Break da Bank Again Megaways online slot game. These symbols are categorized as either low-paying symbols or high-paying ones.

The low-paying symbols are:

The high-paying symbols are:

If you want to play other Microgaming games like Break da Bank Again Megaways, then have a look at these titles below:

Break da Bank Again Megaways can be played anywhere and everywhere with their mobile version. The game is compatible in high quality on Windows, Apple, and iPhones using HTML5 technology.

When playing this title on my mobile phone I was very impressed with how good the quality is. Quality for me is something important when playing slot, as it adds a lot to the overall experience.

Does Break da Bank Again Megaways have an easy Gameplay?

Bets can be set anywhere from the minimum amount of £0.20 to the maximum of £20. There are over 117,649 variable paylines in Break da Bank Again Megaways slots - an average number for Megaways slots.

Again, typical of the Megaways gaming mechanic, the game includes a Rolling Reels feature. As symbols disappear from the screen when a winning combination is formed, new symbols fall down to replace them. If this new set of symbols triggers another winning combination, then new symbols will drop down again. So on and so forth until no new combinations can be made.

Winning combinations are made by aligning any three matching symbols on the reels.

The purple gemstones act as the game’s premium symbols with a payout of 15x your stake.

Break da Bank Again Megaways slot game is playable among other slot games on Thor Slots. The casino features multiple slot games that are based on several themes.

The online casino features over 500 slot games that are accessible by creating an account on Thor Slots. To create an account:

Are there any Free Spins and Bonuses Available?

Released in July of 2021, punters might not be as excited as they’d hope to be when they first take a look at the sequel of the 2012 popular prequel, Break da Bank Again. The visuals are pretty much the same and the soundtrack hasn’t changed in the slightest.

Microgaming wanted fans of the original release to look forward to the latest and updated version of the game while maintaining some semblance to the original. In essence, they wanted to retain what made the game beloved in the first place yet introduce modern innovations in online slot gaming to it.

They did so by primarily introducing a new gaming mechanic to the reboot and by incorporating several bonuses. 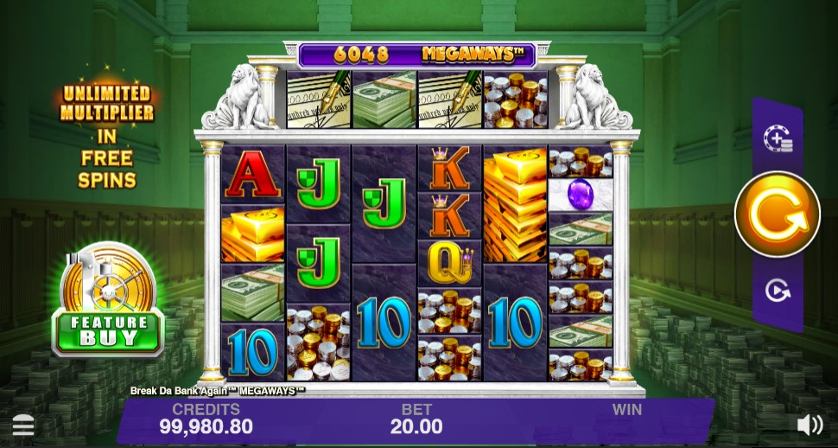 All in all, Break da Bank Megaways is a unique game in terms of its gameplay and bonus features compared to the original. Microgaming had its reasons to retain the original visuals - it allows fans of the original game to feel a sense of nostalgia while playing the newer version.

Could it be improved? Yes. The game features only a handful of bonuses.

We’d give Break da Bank Again Megaways a 6/10. If you want to play a better game here at Thor Slots, I can recommend the Book of Atem WOWPOT slot.