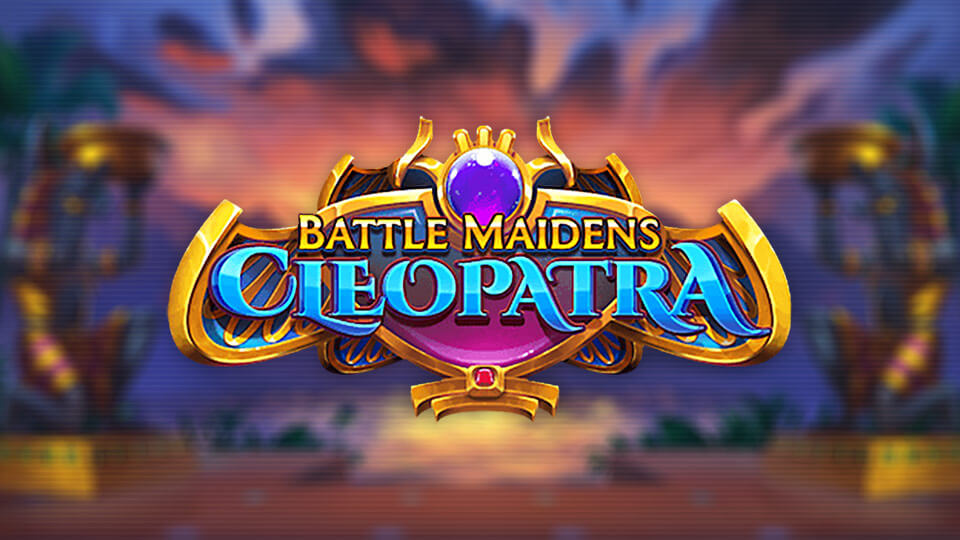 Ancient Egypt is a fertile source of inspiration for slots developers, and 1X2 Gaming have added to the range of Egyptian games with the Battle Maidens Cleopatra slot. Released in 2020, this free slots game is packed with entertaining bonus features and has an RTP of 96.4%. There is a top prize on offer of 10,000 coins, and it has medium volatility. With slick graphics and immersive sound, this game is well worth some of your time. Read on to discover more about the Battle Maidens Cleopatra freeslotgames!

For those gamers who like to analyse the numbers and other data about a slot before they try it, here are some facts and figures about the Battle Maidens Cleopatra slot.

I found that I could bet from 10p up to £25 per spin as I searched for a top prize of 10,000 coins. The game has an RTP of 96.4%, so it is within the average range for a slot of this type. The medium volatility meant that I enjoyed a good mix of frequent small wins interspersed with occasional larger wins. 1X2 Gaming has packed some interesting features into the game, with the extra spins round offering plenty of chances to win big prizes. The slot was released in 2020, so it has not had long to establish an audience.

*All values are subject to change at anytime.

The Battle Maidens Cleopatra graphics look classy and slick. The reels are framed in gold and stand in front of a bright, sunny Egyptian scene. Statues of two Egyptian dog-headed gods stand on plinths behind the reels holding bowls of fire, and palm trees wave in front of vivid azure skies.

The lower value symbols on the reels are the usual array of numbers and letters, while the higher value symbols are objects associated with ancient Egypt in some way, such as scarab beetles and sphinxes. There are also five different battle maiden symbols, as well as two wilds. One wild is a dog-headed god, and the other is an Eye of Horus. These special symbols play a role in the game’s features, and I’ll tell you more about how later on.

We’ve also listed some of the similar games can find at Thor Slots:

Does the Battle Maidens Cleopatra Slot Have an Easy Gameplay?

Playing the Battle Maidens Cleopatra slot is very easy. All you need to do is to follow the process I outline below.

Where Can I Play the Battle Maidens Cleopatra Slot Game?

For gamers who want to try the Battle Maidens Cleopatra slot for themselves, the first step is to open an account at an online casino. I have an account at Thor Slots, which has an excellent selection of games. You can open an account there by following these steps.

Are there Any Free Spins and Bonuses Available in the Battle Maidens Cleopatra Slot?

The Battle Maidens Cleopatra slot is packed has a superb bonus spins feature that has some great additional touches. Here are the details you need.

The four battle maiden symbols are the keys to the feature. The extra spins are triggered when any combination of the four lands on the reels in tandem with the Cleopatra special symbol. The specific battle maidens that have triggered the feature determine the structure of the extra spins. During the base game, though, these special symbols act as conventional scatters.

You should also watch out for the Eye of Horus. During the base game, it will transform up to four symbols into wilds if it appears.

My Personal Take on the Battle Maidens Cleopatra Slot

My rating for the Battle Maidens Cleopatra slot is 8/10. I was very impressed with the game’s graphics as well as the impressive array of bonus features. Anyone looking for a great Egyptian-themed slot should head over to Thor Slots and try it out for themselves today. I’m certain that you’ll enjoy it as much as I did!